Most people will buy an annuity when they come to retire but how do they work and why are annuity rates currently so poor?

An annuity is like a mortgage in reverse. An insurance company assessing the risk of underwriting an  annuity for a 65 year old man, will assume he will live for around another 18 years to 83 age (the average life expectancy for a male in normal health).

Billy Burrows of William Burrows Annuities says: “Once an insurer has decided on your likely life expectancy, it will then calculate how much capital and interest it needs to provide the annuity, with the yield being based on a long-dated bond.”

Annuity rates are influenced by four factors: life expectancy, the yield (or return) an insurance company can obtain by investing the annuity money in gilts and corporate bonds, the insurer’s internal operating expenses and the cost of meeting EU reserving requirements, known as Solvency II.

Traditionally, insurers have invested in Government gilts to support their annuity books, but because gilt yields are currently so low, most insurers use a mix of gilts and corporate bonds because the latter tend to pay higher yields (albeit with a varying risk of default).

The ratio of corporate bonds to gilts used by an insurer will vary according to the nature and composition of its annuity book, but could be as high as 80/20.

Gilt yields have fallen dramatically since the early 1990s because they are dictated by prevailing interest rates, inflation and supply and demand.

In 1990, base rate hit 15 per cent, inflation soared to 10.9 per cent and there was less demand for gilts than now. This meant that annuity rates were extremely high, so that a 65 year male, buying a level paying annuity with a £100,000 fund in 1990, could have secured an annuity rate of 15.54 per cent from Prudential.

Today, base rate is 0.5 per cent, consumer price inflation is 3.2 per cent and demand for gilts has soared as insurers have bought large quantities of gilts to back the annuities of the baby boomer generation now reaching retirement, and final salary schemes have bought gilts to match their maturing liabilities.

This increasing demand for gilts has served to drive gilt prices higher and  yields lower, so that a 15 year gilt  today pays a mere  3.37 per cent, compared to 10.9 per cent in November 1990.

This means that annuity rates have fallen steadily since the 1990s. The best rate that a 65 year old man, buying a level paying annuity with a £100,000 fund today, could obtain is 6.8 per cent from Aviva, less than half the annuity rate payable in 1990.

With annuity rates currently so low, it is all the important that people approaching retirement  shop around for the best rate by using what is called the “open market option.”

This allows you to scour the market for the best rate for your needs, which may not be from your existing pension fund provider. 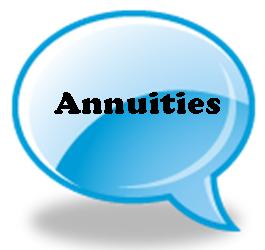 Those in poor health, smokers and the obese can obtain rates up to 30 per cent higher than standard annuity rates as they may be eligible for ‘enhanced’ or ‘impaired life’ annuity rates because their life expectancy is likely to be shorter than those in normal health.

Insurance company, Just Retirement, believes up to 40 per cent of retirees could be eligible for these higher rates. But it is still worth shopping around, even if you are healthy, as rates vary considerably across the market.

Some pension analysts, such as Dr Ros Altmann, the director general of Saga, believe the government should issue longevity bonds to relieve insurers of the longevity risk associated with annuities, because even a small increase in life expectancy can increase the cost of providing an annuity significantly.

A longevity bond is a bond which creates a hedge against the financial risks associated with increasing life expectancy by paying coupons (interest) in line with the survival rate of a group of pensioners of a specific age group.

For instance, an insurance company could purchase a longevity bond to cover the life expectancy of all the over-90 year olds, or all the over-70s on its books.

The finance industry has developed various tools to hedge longevity, but if the government were to issue longevity gilts, it would broaden the market and help set a market price.

To date, only a few investment banks have launched longevity bonds backed by investors such as hedge funds. The latter calculate and assume the risk of rising life expectancy and charge the annuity provider or pension fund accordingly.

A group of investment banks is in the process of constructing a mortality index to which longevity bonds could be linked.

-Pam Atherton is a freelance journalist.

Source: Save our Savers.