Hersch: Have you dealt with cases in which a claim by beneficiaries of a life insurance policy has been contested due to the suicide of the insured within the two-year contestability period?

Reisman. Yes. I just took on a case involving a now deceased young woman, 27 or 28 years old, whose family hired me to look into the circumstances under which she allegedly committed suicide. The police report concludes that her death was the result of suicide.

We’re not so sure. She had a live-in boyfriend with whom she had fought over the last month and who had beat her on several occasions. We believe her death was a homicide. There’s a large insurance policy naming the mother of the decedent as the beneficiary. The policy was written only 18 months ago, and so she died with two-year contestability period.

We also worked on a case in which the insured had disclosed on the policy application that she had been treated for depression. As a result, the policy was rated. The insured thereafter committed suicide within the two-year exclusion period and the carrier contested the death benefit claim. We countered that the policy beneficiaries were entitled to the death benefit because the insured had disclosed the condition that led to her suicide — the depression. The insurer thereafter agreed to settle the case.

The fact that someone commits suicide is, by itself, not sufficient to deny a claim. You really have to examine all of the facts and circumstances surrounding the decedent. Courts and juries, I should add, are generally sympathetic to policy beneficiaries in such contested claims because of a desire to protect the family of the insured.

Hersch: Given your understanding of the situation surrounding the death of Robin Williams, what factors do you believe will be relevant in deciding on any death benefit claim in which a policy was issued on his life within the two-year contestability period?

Reisman: Robin Williams was married three times and twice divorced. People who remarry, particularly those with significant wealth, generally enter into prenuptial agreements. A good lawyer who understands prenups will often recommend life insurance to provide for the surviving spouse; the latter, in exchange, will waive all rights and claims to deceased’s spouse’s assets at death. This way, the assets can go to surviving children of prior marriages.

If Robin Williams had such a prenup agreement, the question will arise as to whether the policy was written more than two years ago — beyond the contestability period. If it exceeded two years, his spouse or other beneficiaries will get the policy death benefit. Given his recent history of alcohol abuse and depression, I would argue that this was the cause of his death — not the suicide — which was just the end result.

Hersch: What other factors might a judge or jury consider in deciding on the merits of a policy in this scenario?

Reisman: The court will want determine whether the carrier knew when he applied for a policy about his prior history of depression. Did the carrier make him take a physical or examine his medical records? Did the carrier send him to a treatment facility to determine whether the depression he was suffering from could cause death? Again, if he disclosed his medical issues in advance, then his beneficiaries would have justification for pursuing a claim.

Hersch: Does a prenup agreement sometimes work the other way, wherein the surviving spouse inherits the assets and the children of prior marriages receive the life insurance proceeds?

Reisman: A smart lawyer who advises clients on prenup agreements will usually advise the deceased spouse — let’s assume it’s the husband — that the cleanest and most efficient way to allocate an estate is to provide a life insurance policy for the wife. That will take care of death issues.

Generally, assets that were accumulated during the marriage are worth substantially more than the insurance policy the decedent would have taken out. Also, children may also have an emotional attachment to the estate assets.

Robin Williams may have been worth from $25 to $30 million at the time of his death. But he may have only had to provide his spouse with a $5 or $10 million life insurance policy for her. So a policy can be a lot cheaper.

She’s likely better off with the cash anyhow because she won’t have to sell off estate assets. Plus, the tax result can be better, as the death benefit would come out income tax-free; and, if the policy is owned by an irrevocable life insurance trust, estate tax-free as well.

Hersch: Could press coverage regarding Williams’ medical treatment for alcohol abuse and depression provide justification for voiding a policy if he had not disclosed his medical issues in the policy application?

Reisman:  Yes, an insurer can deny the policy on grounds that he had committed fraud in failing to disclose. In this case, they’re only obligated to return the policy premiums.

Hersch: Okay. Now let’s assume the same scenario, except that the insurer failed to void the policy while he was alive despite the fact that his medical issues became public knowledge before or after the issuance of the policy. Would the policy beneficiaries in this instance have grounds for pursuing a claim?

Reisman: Yes, from a technical standpoint, beneficiaries could argue in court that the insurer knew or should have known of Williams’ medical problems, yet failed to act on that knowledge while the policy was in force. But from a PR perspective, denying a claim would be terrible for an insurer because of the adverse publicity that would likely follow. The lost business would probably far exceed the amount saved in denying the claim.

Hersch: What has been your experience in cases where a policy claim in suicide cases involved more complex estate planning, such as the use of trusts? Would this be material to the approval or denial of claim?

Reisman: I don’t think this is material. Estate planning is very important for people with a high net worth. Also, keep in mind that California, where Williams lived, is a community property state. Upshot: a surviving spouse is — exceptions aside — entitled to 50 percent of the deceased spouse’s assets. Thus, there would have to be prenup agreement — independent of any trust planning — stipulating what the surviving spouse is entitled to and agrees to take.

Hersch: What role might our readers, life insurance and financial service professionals, have to play in assisting policy beneficiaries pursue a claim in contested suicide cases?

Reisman: The policy’s agent or broker will want to do whatever they can to assist surviving family members, assuming they’re policy beneficiaries, recover under the contract. To that end, the producer should hire a lawyer who is well versed in this area and is experienced in pursuing claims.

Hersch: Many advisors partner with an attorney to assist clients in complex estate planning cases. Will this attorney be one the one to turn to pursue a claim in suicide cases? Or do such cases require a specialist?

Reisman: Most definitely a specialist — a lawyer who has litigation experience in this area. By the way, it’s not cheap. There’s a lot of work involved in handling these cases.

That said, the insurance or financial advisor might depend on the estate planning attorney to recommend a specialist or might learn independently of an expert in the field. The estate planning attorney can also assist a litigator in preparing a case going to court, to the extent he or she is knowledgeable about the decedent’s state of mind or other facts pertinent to the case. 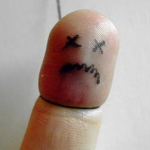