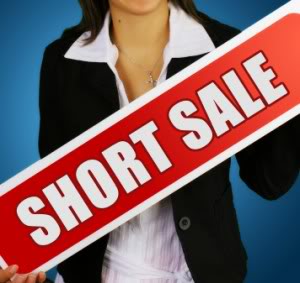 By Howard Mustoe and Jesse Westbrook

France, Spain, Italy and Belgium’s bans on short-selling may fail to reverse the fall in financial stocks and instead may concentrate bets against banks elsewhere in Europe, according to lawyers, investors and academics.

“In contrast to the regulators’ hopes, the overall evidence indicates that short-selling bans at best left stock prices unaffected and at worst may have contributed to their decline,” said Alessandro Beber, a professor at Cass Business School in London who’s studied short-sales bans in 30 countries.

Short-sellers sell borrowed shares with plans to buy them back later at a lower price, a practice politicians and some investors blame for roiling markets.

“The problem with a partial ban — which is what we have now — is that it moves the problem to other parts of the system,” Bob Penn, a financial regulation partner at law firm Allen & Overy LLP in London, said. “It would be reasonable to expect the short sellers to turn their attention to non-Italian or non-French banks with significant exposures to those jurisdictions, for example.”

“European bank stocks, while bouncing up in a knee-jerk response in September 2008 when a short-selling ban was announced, dropped sharply over the next few months as the financial and economic crisis worsened,” Barclays Capital analysts wrote in a report to clients today. “Short-selling bans have proven ineffective in the past, tend not to address the real underlying issues in Europe, reduce liquidity and increase the related risk premiums.”

In France, where Societe Generale SA shares hit their lowest since the credit crisis this week, regulators banned the creation of any net short positions and any increase in such positions for at least the next 15 days. Frederic Oudea, chief executive officer of the Paris-based lender, defended the company against speculation that a deterioration in France’s creditworthiness would damage the bank’s stability. He called the rumors “absolute rubbish” in an Aug. 10 interview with CNBC after the stock sank 15 percent.

“You can understand why they’ve done it, to a certain extent, because of the rumors circulating around Soc Gen, none of which seem to be founded,” said Shailesh Raikundlia, an analyst at MF Global Ltd. in London. “The thing with the banks is that it can be self-fulfilling: it’s all about confidence.”

European lenders may be struggling to fund themselves. Banks’ overnight borrowings from the European Central Bank jumped to the highest in three months yesterday, a sign some lenders may need emergency cash. The difference between three- month Euribor and the overnight indexed swap rate, a measure of banks’ reluctance to lend to each other, was at 0.67 percentage point today, close to the widest spread since May 2009.

“EU policy makers don’t seem to understand the law of unintended consequences,” Jim Chanos, the short seller known for predicting Enron Corp.’s collapse, said by e-mail. “The vast majority of short-selling financial shares is by other financial institutions, hedging their counterparty risks, not speculators. The interbank lending market froze up completely in October to December 2008 — after the short-selling bans.”

The 11 French companies covered by the restrictions include insurer Axa SA, BNP Paribas SA, Credit Agricole SA, Natixis and Societe Generale, the regulator said. Market makers will be exempt from the ban.

In Belgium, the local regulator said it banned short- selling “by any means whatsoever.” Existing short positions won’t be banned, though they can’t be increased. Ageas, Dexia SA, KBC and KBC Ancora are covered by the limits.

Spain’s markets regulator introduced a 15-day ban on new short sales or increasing existing positions because of “the situation of extreme volatility” in markets, according to a statement from the Madrid-based CNMV. The ruling applies to 16 stocks, including Banco Santander SA, Banco Bilbao Vizcaya Argentaria SA, Banco Popular Espanol SA and insurer Mapfre SA.

The ban won’t have its intended impact of helping banks, because money managers will also have to reduce wagers that financial stocks will rise, said Gemma Godfrey, who chairs the investment committee at Credo Capital Plc, a wealth manager in London. Without the ability to make corresponding bearish bets to mitigate risk, hedge funds will abandon the market, she said.

“It means hedge funds can’t manage their risk as well as they could before, so you are just increasing volatility,” said Godfrey, whose firm has 1.3 billion pounds ($2.1 billion) invested in hedge funds and other asset managers. “If they close out their shorts, they have to close out their longs.”

The difference between 2008’s bans and today’s plan is the inclusion of some derivatives, according to Karim Bertoni, a fund manager at Banque Syz & Co., who helps manage $29 billion including European bank stocks. The Italian ban includes short- selling through derivative instruments on shares, Consob said.

“The ban on options to is new as it was not the case two years ago, so it gives more power to the ban,” he said. “But remember that even in Germany where the ban was expanded to all stocks since October 2010, not just financial ones, the market has declined substantially.”

Short-selling prohibitions are meant to restore confidence among nervous traders, who incorrectly think that hedge funds have driven down share prices, said Andrew Shrimpton, who previously oversaw hedge funds at the U.K.’s Financial Services Authority. The bans don’t work, because they reduce trading volumes, which acerbates the price impact of selling, he said.

“They are going after the hedge fund bogeyman”, said Shrimpton, who’s now a partner at hedge-fund consultancy Kinetic Partners LLP in London. “We tried this once before in 2008, and proved beyond all doubt that it doesn’t work.”
–With assistance from Jim Brunsden in Brussels, Sonia Sirletti in Milan, Nikolaj Gammeltoft, Inyoung Hwang and Rita Nazareth in New York, Joshua Gallu in Washington, Seonjin Cha in Seoul, Charles Penty in Madrid, Weiyi Lim in Singapore and Jon Menon in London. Editors: Edward Evans, Dylan Griffiths.
Fuente: Bloomberg, 12/08/11.