New Strategy: Get Your Money out of the Country Before the Country Gets it out of You
By Scott Martin, Contributor

The IRS cliff advisors have warned high-net-worth investors about for years is finally here. Gold and offshore assets are back in play.

The lowest tax rates in history have been a bonanza for affluent Americans, but now it looks like one way or another, the gilded age is ending.

Congress and the White House have barely six holiday-punctuated weeks to hammer out a $10 trillion budget deal and keep the federal government’s credit rating afloat.

Failure could sink the dollar, unleash inflation and automatically reset the tax code to pre-2001 levels.

But with newly reelected President Obama swearing he’ll veto any deal that leaves high-net-worth tax rates where they are, even success will hurt.

And top tax planners say the window for your clients to consider their options may already be closing.

First, a bit of perspective. Raising the top income tax rate to 39.5% will not bankrupt any billionaires or put more than a dent in the federal budget deficit.

Even taxing capital gains and dividends as ordinary income would only generate $242 billion for the government over the next decade — barely 2% of the money that’s needed.

But while these are mostly symbolic numbers for the broad electorate, some high-net-worth families are evidently taking them as a personal affront.

Since 2008, the number of Americans — most of them decidedly wealthier than average — giving up their U.S. citizenship has practically doubled every year.

Granted, it’s off a very small base, but the combination of tougher rules on offshore accounts and new threats at home now prompt about 5 Americans a day to leave.

They have to pay what amounts to current capital gains tax on their holdings and any U.S. heirs they leave behind will have to treat their inheritance as earned income.

But paying that one-time exit charge will also sever their obligation to the IRS forever, effectively locking in current tax treatment in one last lump payment.

Too late for the frog to jump?

Should taxes on the wealthy increase in the new year, we could see the trickle of high-net-worth expatriations turn into a flood.

Either way, there’s not much time to fill out all the paperwork this year.

But it’s not like they didn’t have fair warning.

My email is full of law professors and accountants calling it “incredible” and “crazy” that Congress dithered until the last minute.

But two or three years ago, I was getting almost the exact same message from gurus like New York CPA Marty Shenkman and Nevada estate planner Phil Kavesh.

Both have been warning clients for years that taxes were a lot more likely to go up than down and today’s loopholes wouldn’t last forever.

“The underlying mood was that tax rates across the board were rising,” Shenkman says.

Some took the advice and opted to shield their money through less extreme tactics like creating trusts or taking advantage of deductions while they were available.

Unfortunately, those who dragged their feet soon found that the initial sense of urgency faded year after year.

While uncertainty and dread became the “new normal” in investor psychology, the fact that taxes never seemed to actually rise encouraged passivity and inertia.

But now that the slow heat on Washington has reached the boiling point, the clock seems to be running toward hard deadlines.

If your clients haven’t seriously considered putting at least some of their money in trust, their final chance to lock in the Bush-era rules truly seems to be coming up.

At this point, it looks like any likely deal in Washington would hit the wealthy in the form of capital gains, estate taxes and especially new restrictions on itemized deductions.

Even capping deductions at $50,000 a year could drain $750 billion from upper-income families over the next decade.

Republican think tanks have come up with a different proposal that would penalize most upper-middle-class families while protecting the truly elite.

In their model, deductions would only be valid up to 2% of earned income, which would give those making over $2.5 million a year a better deal.

Both are on the table, along with various compromises and carve-outs that could cost — or save — your clients hundreds of thousands of dollars.

New Year’s is not the end of the world

Interestingly enough, nobody seems to be talking about closing off opportunities to move money into trust.

Trusts are not going to be taxed into oblivion or forced to reject future transfers.

If you thought the estate tax was both politically unpopular and insignificant in terms of Washington’s real fiscal needs, the gift tax is even more obscure.

And right now, the more obscure a tax break happens to be, the more likely it is to survive.

While the specific rules on transfers may look very different next year, it’s almost certain that any Americans who want to create a trust can do so then.

Maybe they won’t be able to transfer quite so much of their wealth or get quite the same treatment afterward that they enjoy now.

But that’s how it goes.

The tax code is always changing and the rule of thumb is that if you see a deduction, loophole or break you like, it might not be around later.- 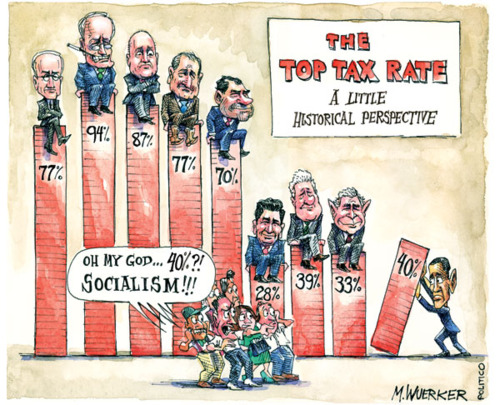 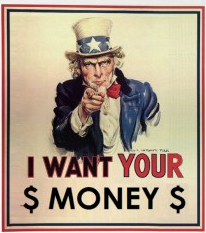