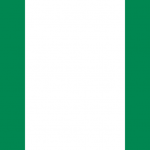 As global investors and business leaders look to Africa as the next region of transformative economic growth, they are paying increasing attention to Nigeria. With about 170 million habitants, the country has long been the most populous in Africa, but it is only now being recognized as the continent’s largest economy. In April 2014, the government began to release “rebased” data that showed a gross domestic product of $510 billion in 2013, compared with $354 billion for South Africa. The rebased data also revealed an economy that was far more diverse than previously understood and that, with the right reforms and investments, could become one of the world’s leading economies by 2030. A new report from the McKinsey Global Institute (MGI), Nigeria’s renewal: Delivering inclusive growth in Africa’s largest economy, examines how the country can live up to its economic potential while making growth more inclusive, thus bringing more Nigerians out of poverty.
Progress and productivity

Nigeria’s troubled history and its ongoing struggles with terrorism and poverty are well known. Yet the country has made solid economic progress since 2000, averaging annual GDP growth of 8.6 percent under civilian rule from 1999 to 2010, according to pre-rebased data, compared with just 1.5 percent a year under military rule (1983–99). And the new data show Nigeria is no longer just a petro-economy. While oil and gas remain critical sources of government income and of exports, the country’s entire resource sector today accounts for just 14 percent of GDP. Agriculture and trade are larger and faster growing. In addition, it is not generally recognized that Nigeria’s productivity, albeit low, has been growing recently and now contributes more to GDP growth than the country’s expanding population.

Yet the results of Nigeria’s economic progress have not been spread evenly. More than 40 percent of Nigerians live below the official poverty line. Seventy-four percent (around 130 million people) live below the MGI Empowerment Line,1 a level of consumption that constitutes a decent, “economically empowered” standard of living, which we calculate for Nigeria as $1,016 per person a year in cities and $758 in rural areas. The primary reasons for this persistent poverty include low farm productivity and an urbanization process that has largely failed to raise incomes and living standards.

While crop yields have improved in recent years, they remain far below those of peer nations, as Nigerian farmers have limited access to productivity-improving inputs, such as fertilizer and mechanized tools. In addition, between high postharvest losses and an inefficient market system, farmers receive a small share of the value their work creates. Urban poverty is driven by poor employment options and low productivity: in Nigeria, workers in urban-oriented industries such as manufacturing actually have lower productivity than farm workers. This is the opposite of what normally happens as economies develop and urbanize—productivity and incomes are supposed to rise in tandem as people move off the farm and take up work in the city.
Opportunities for growth

We believe that Nigeria can build on the momentum of the past decade and, if all goes well, achieve 7.1 percent annual GDP growth through 2030 (exhibit). The country is well positioned to benefit from trends such as rising demand from emerging economies, growing global demand for resources, and the spread of the digital economy. Nigeria also has a young and rapidly growing population and an advantageous geographic location in West Africa, which enables trade within the continent, as well as with Europe and North and South America.
Exhibit

Should Nigeria reach its full potential, annual GDP could exceed $1.6 trillion in 2030 and the country could be a top-20 economy.

Our forecast is based on a bottom-up analysis of the potential for five major sectors of Nigeria’s economy:

Trade. Given the expansion of the consumer class, we project that consumption could more than triple, rising to almost $1.4 trillion a year in 2030, an annual increase of about 8 percent. This would make trade the largest sector of the economy and provide a particularly good opportunity for makers of packaged foods and fast-moving consumer items such as paper goods, categories that could grow by more than 10 percent a year.
Agriculture. Improvements on several fronts could help raise both the volume and the value of Nigeria’s agricultural production in the next 15 years. The economic value of agriculture, already the largest sector of the economy, at 22 percent of GDP, could more than double, from $112 billion a year in 2013 to $263 billion by 2030.
Infrastructure. On average, the value of a nation’s core infrastructure—roads, railways, ports, airports, and the electrical system—represents about 68 percent of GDP, but in Nigeria it is only about 39 percent. Between core infrastructure and real estate, total infrastructure investments in Nigeria could reach $1.5 trillion from 2014 to 2030. This would make building infrastructure not only a major contributor to GDP but also an enabler of growth across the economy.
Manufacturing. Though growing rapidly, manufacturing in Nigeria contributed just $35 billion to the economy in 2013, or about 7 percent of GDP. If Nigeria could match the performance of nations such as Malaysia and Thailand when their manufacturing sectors were expanding rapidly, output could reach $144 billion a year in 2030.
Oil and gas. While the oil-and-gas sector is expected to grow by 2.3 percent a year at best, its success is still vital to Nigeria’s economy. With the right reforms, we estimate that liquids production could increase from an estimated 2.35 million barrels a day, on average, in 2013 to a new high of 3.13 million by 2030. Oil and gas would then contribute $108 billion annually to the economy, compared with $73 billion in 2013. However, this estimate of potential output assumes renewed investment to reverse the production declines of recent years.

If Nigeria can achieve the upside economic-growth scenario, it could lift 70 million people out of poverty and bring as many as 120 million above the MGI Empowerment Line. To tie growth to rising living standards across the economy, the country will have to raise farm incomes and create more formal urban jobs. Meanwhile, the government will have to take such steps as reconsidering tariffs that raise the cost of imported food and the spending needed to reach economic empowerment. The most important step that government can take, in our analysis, is to improve its delivery of programs and services. A critical initiative for Nigeria, then, will be to adopt the best practices that have been well established around the world for doing just that.
About the authors

Acha Leke is a director in McKinsey’s Johannesburg office; Reinaldo Fiorini is a director in the Lagos office; Richard Dobbs is a director of the McKinsey Global Institute, where Fraser Thompson is a senior fellow; Aliyu Suleiman is an associate principal in the London office; and David Wright is a consultant in the New York office.