Older men who smoke may pay $10,000 more a year for term life insurance

The cost of term life insurance varies widely — and a new study shows that older men who smoke pay the most.

A study commissioned by insuranceQuotes.com showed that smoking status, age and gender all have a big impact on term life insurance rates.

Term life insurance typically costs less than other types of life insurance, such as whole or universal permanent policies. Term life covers a policyholder during a period of time up to 30 years, says Marvin Feldman, president and CEO of Life Happens, a nonprofit organization that provides life insurance education and tools to consumers.

Term life insurance makes sense for consumers who have a specific need for a set time. For example, this type of policy might be appropriate if you’re married and your spouse depends on your income, or you have a baby on the way, says Tony Steuer, an author and insurance literacy advocate.

While term life is affordable compared with permanent life insurance, which covers you for your entire life, some consumers pay much higher term premiums than others.

Why smokers pay much higher rates for term life insurance

Smokers can pay as much as triple the amount that nonsmokers pay, according to the insuranceQuotes.com study.

And premiums for older smokers are especially high.

So, exactly how much extra do smokers pay in premiums each year? According to the study:

The health dangers of smoking

Smoking causes 1 in 5 deaths in the United States per year, or about 480,000 annually, according to the U.S. Centers for Disease Control and Prevention.

In fact, smoking causes more deaths than all of these combined: alcohol use, illegal drugs, car accidents, shootings and HIV infection.

A smoking habit can lead to many health problems that increase the risk of death — such as heart disease, lung cancer and diabetes. Therefore, insurers have no choice but to hike the cost of a smoker’s policy.

But what about gray areas: for example, if you smoke an occasional cigar to celebrate a big life event or you smoke only when you get stressed out at work?

«Most life insurance companies say a smoker is a smoker,» Feldman says. And that usually includes all forms of nicotine use, such as cigars, chewing tobacco, e-cigarettes, and even nicotine gum or the patch, he says.

However, some insurers might have different rules, for example, classifying an occasional cigar user as a nonsmoker.

Another big factor that affects term life insurance rates is gender. The study shows that men pay an average of 38 percent more than women for the same life insurance policy.

As men and women get older, the gap between their life insurance rates increases. For example, a 25-year-old man pays about 25 percent more for a policy than a woman the same age.

The reason is because men have a higher chance of dying at most ages and have a shorter life expectancy than women.

Also, underwriters look at other factors including:

For example, the male-dominated professions of logging, commercial fishing, professional aircraft piloting, roofing and iron and steel work top the list of jobs in which fatal injuries occur, according to the U.S. Bureau of Labor Statistics (BLS). In 2012, women accounted for less than 10 percent of the more than 4,500 fatal workplace injuries, according to the BLS.

And 66 percent of scuba divers who got certified in 2012 were male, according to data from the Professional Association of Diving Instructors (PADI).

How smokers can reduce the cost of term life insurance

Want lower term life insurance rates? If you’re a smoker, get quotes from a variety of companies, Steuer says. Smokers always pay more, but some companies price policies extremely high for smokers, while others compete for their business, he says.

But the best way to pay less for term life insurance is to quit. Most insurers consider you a nonsmoker if you haven’t touched nicotine in two years, and will reissue your policy as a nonsmoker at that time, Feldman says.

«Nobody wants to talk about life insurance in their 20s — but that’s the best time to buy it,» says Mark Carasquillo, an account executive with EG Bowman, a New York insurance brokerage. «It’s dirt cheap.»

InsuranceQuotes.com commissioned Ratefilings.com to gather life insurance premium information. Ratefilings.com used term4sale.com to collect 20-year term life insurance rates for men and women at ages 25, 35, 45, 55 and 65. Rates reflect a $500,000 policy and include smokers and nonsmokers. The data cover the top 25 carriers nationwide, which represents 70 percent of the market. 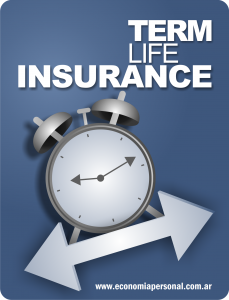