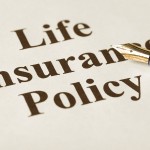 If not for life insurance, Disneyland might have existed only in Walt’s imagination. Stanford University might have been a short-lived tribute to a son who died young. James Cash Penney’s personal depression during the Great Depression might have shuttered the J.C. Penney chain. McDonald’s might have only served a few hundred thousand. Today’s home chefs might not be getting pampered.

Check out this slide show to learn how life insurance played a key role in either the creation or survival of some iconic American institutions.

Walt Disney Studio was founded in 1923 in Los Angeles by Walt Disney (1901-1966) and his brother Roy. After a distributor essentially stole one of his early cartoon characters and his animators, Walt made sure he owned everything he made after that. Mickey Mouse debuted in 1928 and became an immediate sensation as the star of the first cartoon with synchronized sound.

His animated features and, eventually, television programs achieved steady success, and by the 1950s, Walt became intrigued with creating an amusement park where parents and children could have a good time together. At the time, the only amusement parks in the country were dilapidated places with seedy characters, but Disney dreamed of an immaculately clean, family oriented park with imaginative attractions.

After failing in the pursuit of traditional means of financing to build what would become Disneyland, Walt decided to provide his own financing. A large part of this came to be by collaterally borrowing money from his cash value life insurance. Disneyland opened in 1955 and hosted more than 3.5 million visitors in its first year. It became an immediate, resounding success.

Disney is quoted as saying that money was the biggest problem he faced throughout his life, and that was certainly the case with Disneyland. “It takes a lot of money to make these dreams come true. From the very start it was a problem. Getting the money to open Disneyland. About $17 million it took. And we had everything mortgaged, including my personal insurance… We did it (Disneyland), in the knowledge that most of the people I talked to thought it would be a financial disaster — closed and forgotten within the first year.”

Working as a milkshake machine distributor in 1954, Ray Kroc (1902-1984) took notice of a successful hamburger stand in San Bernardino, Calif., which he called on, intending to sell brothers Dick and Mac McDonald more Multimixers. He learned they were interested in a nationwide franchising agent. Kroc, 52 at the time, decided his future was in hamburgers and partnered with the brothers. He opened his first McDonald’s in Des Plaines, Ill., in 1955 and bought out the McDonald brothers in 1961.

Kroc did not take a salary during his first 8 years, and to overcome constant cash-flow problems, Kroc borrowed money from two cash value life insurance policies (and also his bank) to help cover the salaries of key employees. He also used some of the money to create an advertising campaign around emerging mascot Ronald McDonald.

Using a progressive franchising arrangement and striving for consistency and standardization throughout the chain, McDonald’s grew to more than 700 restaurants within 10 years. Today, McDonald’s serves more than 50 million people each day through more than 30,000 locations in 119 countries.

Pacific Mutual Life (now Pacific Life) ceremoniously issued its first policy to Leland Stanford, the company’s first president, in 1868. After his son, Leland Jr., died of Typhoid Fever in 1884 at the age of 15, the former California governor and U.S. senator and his wife, Jane L. Stanford, determined that because they could no longer do anything for their own child, they would use their wealth to do something for other people’s children. With a strong belief in the importance of a practical education for men and women that would prepare them to be productive and successful, six years of planning led them to establish Leland Stanford Jr. University in Palo Alto in 1891, with a pioneer class of 555 students (including Herbert Hoover).

Following Leland’s death in 1893, the fledgling university’s financial support became uncertain, to the point where Jane tried unsuccessfully to sell her treasured jewel collection in 1897. Intent on preserving the university and avoiding a “temporary” closure, she used her husband’s life insurance policy proceeds to help fund operations and pay faculty, allowing Stanford University to weather a dangerous six-year period of financial distress.

In 1898, James Cash Penney was working in a Golden Rule Store, part of a small chain of dry goods stores. He was such an enterprising worker that the pair of owners took him under their wing, offering him a one-third partnership in a new store they were opening in Kemmerer, Wyo. Penney participated in opening two more stores, and when the original partners dissolved their partnership in 1907, Penney purchased full interest in all three stores. By 1912, he operated 34 stores throughout the Rocky Mountain region. In 1913, he moved the company to Salt Lake City and incorporated it as the J.C. Penney Company. By 1929, there were 1,400 stores across the country.

The stock market crash of 1929 and the ensuing Great Depression devastated the stores and Penney’s personal wealth. The financial setbacks also took a toll on his health — physical and mental — but he was able to borrow against his cash value life insurance policies to help the company meet its payroll and day-to-day expenses. This allowed the company to stay afloat and eventually rebound.

Penney became a born-again Christian and remained as chairman of the company’s board until 1946. He served as honorary chairman until his death in 1971. Today, the company’s 1,100 stores take in revenues of $18 billion a year, and the company was able to pay new CEO Ronald Johnson, the former Apple exec who joined the company last November, $53.3 million in 2011.

Using $3,000 she borrowed from a life insurance policy, home economist Doris Christopher started The Pampered Chef in her suburban Chicago home in 1980.

All her time working with homemakers convinced Christopher that women needed quality timesaving tools designed to help make cooking quick and easy. She had seen the success of Tupperware’s business model and developed her own detailed multi-level marketing business plan. Using the life insurance money, she purchased some basic inventory and was on her way.

By 2002, the company had grown into a $700 million operation that was acquired by Warren Buffett’s Berkshire Hathaway Corporation for $1.5 billion. Today, the company boasts 12 million customers.

In 1939, a young couple named Max and Verda Foster started Foster Farms by borrowing $1,000 against a life insurance policy. They invested in an 80-acre farm near Modesto, Calif., and began raising turkeys and, eventually, chickens.

By the 1960s, the company had outgrown the original farm and moved its corporate headquarters to the small California Central Valley town of Livingston, where it still resides. Today Max and Verda’s grandson, Ron Foster, is the CEO of the family run business. Foster Farms is now more than 10,000 employees strong, with operations in California, Oregon, Washington, Colorado, Arkansas and Alabama, and has a line of products that are sold globally.