By Andrew Beattie on July 21, 2013
A A A
A true history of fraud would have to start in 300 B.C., when a Greek merchant name Hegestratos took out a large insurance policy known as bottomry. Basically, the merchant borrows money and agrees to pay it back with interest when the cargo, in this case corn, is delivered. If the loan is not paid back, the lender can acquire the boat and its cargo.Hegestratos planned to sink his empty boat, keep the loan and sell the corn. It didn’t work out, and he drowned trying to escape his crew passengers when they caught him in the act. This is the first recorded incident as of yet, but it’s safe to assume that fraud has been around since the dawn of commerce. Instead of starting at the very beginning, we will focus on the growth of stock market fraud in the U.S.

The First Insider Trading Scandal
In 1792, only a few years after America officially became a nation, it produced its first fraud. At this time, American bonds were like developing-world issues or junk bonds today – they fluctuated in value with every bit of news about the fortunes of the colonies that issued them. The trick of investing in such a volatile market was to be a step ahead of the news that would push a bond’s value up or down.

Alexander Hamilton, secretary of the Treasury, began to restructure American finance by replacing outstanding bonds from various colonies with bonds from the U.S. bank. Consequently, big bond investors sought out people who had access to the Treasury to find out which bond issues Hamilton was going to replace.

William Duer, a member of Washington’s inner circle and assistant secretary of the Treasury, was ideally placed to profit from insider information. Duer was privy to all the Treasury’s actions and would tip off his friends and trade in his own portfolio before leaking select info to the public that he knew would drive up prices. Then Duer would simply sell for the easy profit. After years of this type of manipulation, even raiding Treasury funds to make larger bets, Duer left his post but kept his contacts inside. He continued to invest his own money as well as that of other investors in both debt issues and the stocks of banks popping up all over the country. (For more, check out Top 4 Most Scandalous Insider Trading Debacles.)

With all the European and domestic money chasing bonds, however, there was a speculative glut as issuers rushed to cash in. Rather than stepping back from the overheating market, Duer was counting on his information edge to keep ahead and piled his ill-gotten gains and that of his investors into the market. Duer also borrowed heavily to further leverage his bond bets.

The correction was unpredictable and sharp, leaving Duer hanging onto worthless investments and huge debts. Hamilton had to rescue the market by buying up bonds and acting like a lender of last resort. William Duer ended up in debtor’s prison, where he died in 1799. The speculative bond bubble in 1792 and the large amount of bond trading was, interestingly enough, the catalyst for the Buttonwood Agreement.

Fraud Wipes Out a Former President
Ulysses S. Grant, a renowned war hero and former president, only wanted to help his son succeed in business, but he ended up causing a financial panic. Grant’s son, Buck, had already failed at several businesses but was determined to succeed on Wall Street. Buck formed a partnership with Ferdinand Ward, an unscrupulous man who was only interested in the legitimacy gained from the Grant name. They opened up a firm called Grant & Ward. Ward immediately went around raising capital from investors, falsely claiming that Ulysses S. Grant had agreed to help them land fat government contracts. Ward then used this cash to speculate on the market. Sadly, Ward was not as gifted at speculating as he was at talking. He lost heavily.

More than 50% of retirement age individuals to not have enough savings
Of the capital Ward squandered, $600,000 was tied to the Marine National Bank, and both the bank and Grant & Ward were on the verge of collapse. Ward convinced Buck to ask his father for more money. Grant Sr., already heavily invested in the firm, was unable to come up with enough, and had to ask for a $150,000 personal loan from William Vanderbilt. Ward essentially took the money and ran, leaving the Grants, Marine National Bank and the investors holding the bag. Marine National Bank collapsed after a bank run and its fall helped touch off the panic of 1884.Grant Sr. paid off his debt to Vanderbilt with all his personal effects, including his uniforms, swords, medals, and other memorabilia from the war. Ward was eventually caught and imprisoned for six years.
Lectura recomendada:  Cómo evitar estafas contra ancianos

The Pioneering Daniel Drew
Moving from fraud, to insider trading, to stock manipulation, the number of examples explodes. The late 1800s saw men like Jay Gould, James Fisk, Russell Sage, Edward Henry Harriman and J.P. Morgan turn the fledgling stock market into their personal playground. However, because we’re giving precedence to the pioneers of fraud and stock market manipulation, we need look no further than Daniel Drew. Drew started out in cattle, bringing the term «watered stock» into our vocabulary – later he introduced this same term to stocks. He became a financier when the portfolio of loans he provided to fellow cattlemen gave him the capital to start buying large portions of transportation stocks.

Drew lived in a time before disclosure, when only the most basic regulations existed. His technique was known as a corner. He would buy up all of a company’s stocks, then spread false news about it to drive the price down. This would encourage traders to sell the stock short. Unlike today, it was possible to sell short many times the actual stock outstanding.

When the time came to cover their short positions, traders would find out that the only person holding stock was Daniel Drew and he expected a premium. Drew’s success with corners led to new operations. Drew often traded wholly-owned stocks between him and other manipulators at higher and higher prices. When this action caught the attention of other traders, the group would dump the stock back on the market.

The danger of Drew’s combined poop and scoop, pump and dump schemes was in taking the short position. In 1864, Drew was caught in a corner by Vanderbilt. Drew was trying to short a company that Vanderbilt was simultaneously trying to acquire. Drew shorted heavily, but Vanderbilt had purchased all the shares. Consequently, Drew had to cover his position at a premium paid directly to Vanderbilt.

Drew and Vanderbilt battled again in 1866 over another railroad, but this time Drew was much wiser, or at least much more corrupt. As Vanderbilt tried to buy up one of Drew’s railroads, Drew printed more and more illegal shares. Vanderbilt followed his previous strategy and used his war chest to buy up the additional shares. This left Drew running from the law for watering stock and left Vanderbilt cash poor. The two combatants came to an uneasy truce: Drew’s fellow manipulators, Fisk and Gould, were angered by the truce and conspired to ruin Drew. He died broke in 1879.

The Stock Pools
Until the 1920s, most market fraud affected only the few Americans who were investing. When it was confined largely to battles between wealthy manipulators, the government felt no need to step in. After WWI, however, average Americans discovered the stock market. To take advantage of the influx of eager new money, manipulators teamed up to create stock pools. Basically, stock pools carried out Daniel-Drew-style manipulation on a larger scale. With more investors involved, the profits from manipulating stocks were enough to convince the management of the companies being targeted to participate. The stock pools became very powerful, manipulating even large cap stocks like Chrysler, RCA and Standard Oil.

When the bubble burst in 1929, both the general public and the government were staggered by the level of corruption that had contributed to the financial catastrophe. Stock pools took the lion’s share of the blame, leading to the creation of the Securities and Exchange Commission (SEC). Ironically, the first head of the SEC was a speculator and former pool insider, Joseph Kennedy.

The SEC Era
With the creation of the Securities and Exchange Commission (SEC), market rules were formalized and stock fraud was defined. Common manipulation practices were outlawed, as was the large trade in insider information. Wall Street would no longer be the Wild West where gunslingers like Drew and Vanderbilt met for showdowns. That isn’t to say that the pump and dump or insider trading has disappeared. In the SEC era, investors still get taken in by frauds, but they have now have legal protection that makes it possible for them to at least get some satisfaction. 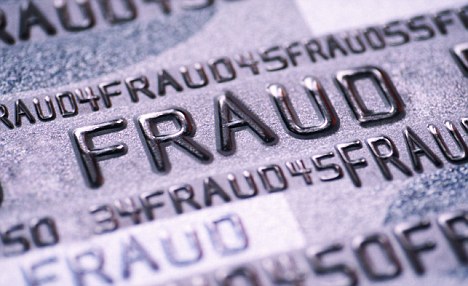