Time is always running out

Time is always running out
By Corey Dahl

After the tragic Newtown shootings last month, gun reform became a hot topic (again!), and all the discussion set off, at least here in Colorado, a rush to arms. The demand was so great that the wait time for required background checks soared from about 15 minutes to more than a week.

The mad rush reminded me of the hours-long lines at Denver Hostess stores in November, when the maker of Twinkies announced it was closing. And it made me think about the nationwide frenzy over flu shots a few years ago, when there was a shortage of the usually plentiful vaccine. And, before that, well, Tickle Me Elmo … need I say more?

It’s obvious that we’re all a bunch of scarcity-crazed hoarders. On an average day, most of us could probably care less about purchasing a pistol, or eating a calorie-laden treat designed for 8 year olds, or getting a vaccine that health pros usually have to cajole us to consider. But if someone takes away the surety of the ability to do any of those things? It’s almost guaranteed that we’ll all immediately want to do it — whatever it is, no matter if we really want or need to. How many kids actually wanted Tickle Me Elmos, do you think? And how many just ended up with one because their parents got caught up in the rush?

Of course, this is something most of us have known for years. It’s why stores have sales for a limited time only or why used-car dealers yell at us to “Get it before it’s gone!” in their TV commercials. We’d all shop a whole lot less if stores could guarantee that every item we ever needed, whenever we wanted it, would be stocked (in our preferred color and size, of course) and sold at the lowest possible price.

Which is precisely why our scarcity complex is a bit of a problem for anyone selling life insurance. As my colleague Brian Anderson pointed out in a recent blog, it’s not really possible to have a sale on life insurance. And if a carrier goes out of business, there’s no rush to snap up policies from that company, obviously, because those policies would likely be worthless. Besides, there would still be plenty of other nearly identical products offered by healthier carriers.

That’s likely why you never, or at least rarely, see any urgent, act-now life insurance advertising. But I think that’s a mistake. After all, what’s more uncertain and scarce than our time here, the seconds and minutes of which are rapidly ticking away and could be set to run out … now … or now … or now. No one knows for certain when his number is going to get called, so doesn’t it make sense to get a life policy for loved ones — without delay? And while life insurance doesn’t really go on sale, premiums are significantly lower for those who buy in while they’re young and healthy — something not nearly enough budget-minded people know about.

No one wants a stampede-inducing panic to ensue over life insurance, but with coverage levels at an all-time low, I think the whole industry wouldn’t mind, I don’t know, a little light flocking. But that’s never going to happen unless consumers realize they urgently need to protect their lives — as Dealin’ Doug would say, “Before they’re gone, gone, gone!”

Corey Dahl is Life Insurance Channel/Social Media Editor for LifeHealthPro.com and Managing Editor of Life Insurance Selling magazine. She holds a bachelor’s in journalism and a master’s in communications management, and she’s worked as a reporter and editor for a variety of publications. Her likes include the word “cornucopia,” dogs, and slipper socks. She dislikes creatively shaved sideburns, traffic jams and writing professional bios about herself. 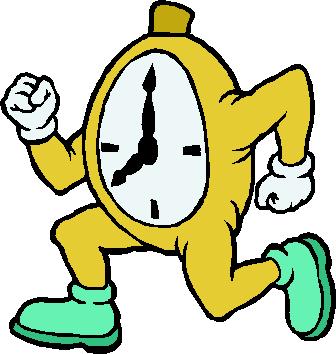