By Kristen Beckman and Jesse Hamilton. 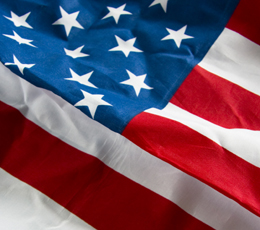 The advance notice of proposed rulemaking (ANPR) applies to nonbank financial companies significantly engaged in insurance activities that are supervised by the board, or insurance companies such as AIG and Prudential, which are deemed systemically important financial institutions (SIFI), bank holding companies (BHC) and savings and loan holding companies (SLHC) significantly engaged in insurance activities. Companies with 25 percent or more of their total consolidated assets in insurance underwriting subsidiaries other than assets associated with insurance underwriting for credit risk would be included.

The proposed capital standards are less stringent for AIG and Prudential than those imposed on Wall Street banks under a long-awaited Federal Reserve proposal that’s meant to limit the chance a major insurer could threaten the financial system. Metropolitan Life previously was tagged with SIFI status but sucessfully sued the government to  avoid the designation.

“This proposal is an important step toward capital standards that are both appropriate for our supervised insurance firms and that enhance the resiliency and stability of our financial system,” Fed Chair Janet Yellen said in remarks prepared for the Friday board meeting.

The board said this approach may be appropriate for the 12 insurance depository institution holding companies currently under board supervision as they are significantly engaged in insurance activities but are not systemically important, engage in less complex and foreign activities, and generally prepare financial reporting only using U.S. statutory accounting principles (SAP) rather than generally accepted accounting principles (GAAP).

Lectura recomendada:  Will insurers rise to the ethical challenges facing this market?

This approach may be suitable for institutions that are large, complex, international and systemically important.

“A consolidated form of capital requirements would better ensure that the risks these firms pose to the financial system are taken into account,” said the board in the ANPR.

The objectives behind developing capital standards for supervised insurance instittions were to protect insured depository institutions and to promote financial stability.

A draft Federal Register notice released by the board invites public comment on the ANPR. The agency will accept feedback on the capital plan for 60 days. But with a few steps still to go before the standards become a final rule, the process may be difficult to finish this year.

“The approaches to consolidated capital standards described in the draft ANPR reflect input received and considered through engagement with insurance regulators, industry and accounting experts, and representatives from the insurance industry, among other interested parties,” the ANPR said. “By seeking comment through the draft ANPR, the board would have an opportunity to receive input on general approaches to capital regulation for supervised insurance institutions before issuing a specific regulatory proposal for public comment.”

Also Friday, the agency is set to approve a formal proposal for new regulations on how the FSOC-designated insurers must govern themselves and manage their risks and liquidity, overseen by the Fed. This was another mandate from Dodd-Frank, bringing the insurers under prudential standards similar to those imposed on large banks, but tailored for insurers.

MetLife has been embroiled in a legal battle with the U.S. government. Because a judge reversed MetLife’s designation as systemically important, it may dodge the new rules. However, the Treasury Department is pursuing an appeal of the court’s finding that the process to label the company was flawed.

The Fed also intends to propose a capital plan Friday for the 12 insurers it oversees because they own banks, including State Farm Insurance Co., TIAA-CREF and Nationwide Mutual Insurance Co. The proposal for those companies largely defers to the capital requirements already imposed on insurance firms by existing regulators — often state agencies. The Fed will solicit comments from the public for 60 days.