By Tom Foster.
Silicon Valley’s productivity guru takes a month off in Bali. It might be the most demanding vacation ever.

Tim Ferriss wants me to know that pigs have an extremely high feed conversion ratio, or FCR. They grow fast. We’re watching a pair of Balinese pig farmers wrestle a giant seven-month-old pig into a cylindrical metal cage, hoist it onto their shoulders on a fat bamboo rod, and carry it off to slaughter. This is taking place just across a small courtyard from Ferriss’s bedroom for the next month, a spare room with a cot in a brick-walled compound shared by several families and dozens of farm animals in rural Bali, near the famous hippie town of Ubud.

Ferriss has his own version of a high feed conversion ratio, in which he goes native and absorbs as much of an experience as possible, as quickly as possible, with a kind of obsessive discipline. He’s been in Bali only three days, and already he’s speaking basic Indonesian with a convincing accent, laughing easily with his host family, waking with the roosters every morning, and helping feed the pigs. Vacation is hard work if you’re Tim Ferriss.

None of which should be all that surprising if you’re familiar with the Ferriss oeuvre. Ferriss is the author of the mega-best-selling 4-Hour series of self-help books (The 4-Hour Workweek, The 4-Hour Body, and his latest, The 4-Hour Chef), which have made him something of a celebrity among the entrepreneurial set for a focus on maximizing results while minimizing time spent, whether in the realm of making money or acquiring skills.

It’s been about six years since the publication of The 4-Hour Workweek, his first and most famous book, and Ferriss’s life has changed profoundly in the interim, largely because of the book’s success. When he was writing 4HWW, as his acolytes call it, Ferriss was running a dietary supplement company, BrainQuicken. He sold BrainQuicken to a London private equity group in 2009 and now spends his days promoting his books (and himself) and advising and investing in tech start-ups, an existence that earns him, he says, «comfortably many millions a year–more than three and less than 100.»

The story of how Ferriss got to this point is something of a legend by now. After running BrainQuicken for a couple of years, he was bringing home about $40,000 a month and working nonstop seven days a week. He realized it was making him miserable and resolved to remove himself from day-to-day operations as much as possible, automating or outsourcing everything. He started with a plan to spend four weeks in Europe to clear his head and wound up traveling the world for 15 months. His business continued to thrive without him. When he returned, he kept the company on autopilot and started the process of writing about how he had managed to take back his life. Twenty-seven publishers passed on the book before one finally made a small bet on it and printed a paltry 12,000 copies. Then Ferriss the self-promoter got to work, and the book took off. 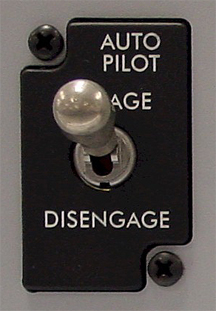 But if the autopilot version of running BrainQuicken afforded Ferriss a life of leisure–or at least a lifestyle he could tout as leisure while he was busy working on his next act–the business of being Tim Ferriss, Self-Help Guru, is not quite as accommodating. In The 4-Hour Workweek, Ferriss advises taking regular «mini retirements,» ideally a month off for every two months of work. But he hasn’t had a proper mini retirement in more than a year now.

Hence the Bali trip, which is an attempt to apply that core principle to his new life and keep from looking like someone who doesn’t live by his own advice. Over four weeks, he’s planning to become fluent in Indonesian, learn to play gamelan music, exercise or do yoga at least one hour per day, and immerse himself in the life of the family compound. He didn’t bring a laptop and swears he won’t touch his phone or email or calendar. He has a personal assistant in California handling his day-to-day affairs, and he alerted the founders of the companies he advises that he would be unreachable. «This is the first real complete power reset in the past year,» he says. «You can’t just set up systems and not test them. So this is a stress test.»

It’s not hard to understand why Ferriss’s message has achieved mainstream success. It promises an easy path to big rewards–in Ferriss’s case, quality of life as defined by Corona ads, with or without the attendant riches. What’s less obvious is why The 4-Hour Workweek became a runaway success in the technology start-up world and has given Ferriss vast credibility in Silicon Valley.

On the surface, there’s a disconnect between most ambitious entrepreneurs and the audience Ferriss seems to target in The 4-Hour Workweek. The book is about, and for, people who dislike what their work has done to their lives. A lot of tech entrepreneurs, on the other hand, want nothing more than to work.

But there are also similarities between Ferriss’s approach to lifestyle and the hacker mindset of Silicon Valley. Both are looking for the shortest path to a desired outcome, and both take it as an inherent good to exploit an existing rule to your benefit, or, better yet, to write an entirely new set of rules. «The 4-Hour Workweek was really about hacking your time,» says Mike Maples, founder of the venture capital firm Floodgate and an occasional co-investor with Ferriss. «The book could have just been called Time Hacks. 4-Hour Body could have been called Body Hacks. To some degree, even though those weren’t the titles, the idea immediately resonated with that hacker mentality.»

One of the key ways Ferriss tries to disrupt how people think about productivity is by urging them not to think in terms of time management. «I think time management as a label encourages people to view each 24-hour period as a slot in which they should pack as much as possible,» Ferriss says. For maximum productivity, in his view, people should focus on doing less, not more. The point is to maximize the outcome, not the amount of work.

One of Ferriss’s more heretical pieces of advice is based on what he calls the 80/20 rule. Eighty percent of your productivity comes from 20 percent of your efforts, and likewise, 80 percent of your wasted time comes from 20 percent of the possible causes. So eliminate the 20-percent time wasters, and spend as much energy as possible on the productive 20 percent. Ferriss’s favorite example of acting on this phenomenon comes from his BrainQuicken days, when he realized two customers were the source of nearly all of his work stress, and the effect was carrying over into his personal life. He read those customers the riot act. One reformed. The other Ferriss fired. Immediately, he had more time for his healthier business relationships, and his bottom line grew.

«That passage just leapt off the page for me,» says Tobi Lütke, the CEO of the e-commerce platform Shopify, another company Ferriss advises. «If you go into business school and suggest firing a customer, they’ll kick you out of the building. But it’s so true in my experience. It allows you to identify the customers you really want to work with. If you never engage in the process, it’s very difficult to have such a crisp definition of the kinds of people you’re looking for.»

Ferriss’s fans tend to cherry-pick techniques from his work, something he encourages. He himself has had to cherry-pick and improvise a bit, now that he’s not running a business on autopilot. His assistant, whom he found through TaskRabbit, still helps run his schedule, ships books to the cities where he’s doing readings, and does research projects (she set up the whole Bali trip, for example–a process that involved a 40-page PowerPoint presentation detailing his options). But marketing, for instance, is trickier. «It’s harder now to set up systems,» he concedes. «In the BrainQuicken days, people wanted a product, but now they want me, so the key for me is to create products that don’t require me to be there»–blog posts, say. But he insists on writing his own blog, and that’s harder and more time-consuming than outsourcing the manufacture and distribution of supplements. «There are certain things I will automate, but when it comes to quality control, I want to keep a very close eye.»

As part of his ascetic trip, Ferriss is abstaining from alcohol while he’s in Bali, so one day we spend happy hour at an organic café in Ubud nursing glasses of turmeric juice, a chalky concoction the color of ballpark mustard that’s said to have myriad healing properties. «I feel like they might have blended some carrot in this to make it more palatable,» he says, disappointed.

If there’s one idea that ties Ferriss’s three books together, it’s continuous self-improvement. Ferriss runs his life like a high-tech Japanese auto factory, in which every move is evaluated, every input and output is measured for efficiency. (In the latter case, quite literally: While he was writing The 4-Hour Body, he even weighed his excrement.)

Much as he’s planning to learn Indonesian and gamelan in Bali, Ferriss is constantly pursuing new skills. Among his biggest education projects in the past few years has been learning to operate like a tech entrepreneur, despite never having worked in a tech start-up. The pursuit has paid off handsomely. He’s invested in or advised (in exchange for equity) about 30 start-ups, many of which make tools that help people be more productive. It’s an impressive list of companies–in addition to Shopify and TaskRabbit, he’s invested in Evernote, Uber, Rally, and Reputation.com, among others. His co-investors include Digg founder Kevin Rose (now a partner at Google Ventures), About.me founder Tony Conrad, Instagram founder Kevin Systrom, and Mike Maples.

This immersion raises the question of whether Ferriss himself harbors dreams of his own tech start-up–maybe a suite of productivity tools or an online life-coaching service–and cashing in big. But his sights are on less obvious ideas. «I’m not averse to making a lot of money,» he says. «But where does that end? I hang out with people with hundreds of millions of dollars. Is that the standard by which I should measure myself? Where does that take you if you’re in my business? I think it takes you to pretty dark, corrupt places. And every time I find myself stressed out, it’s because I do things primarily driven by growth.»

Ferriss is toying with the idea of a digital animation studio, to create how-to videos. He’s interested in pursuing a TV deal–maybe something focused on «rapid learning with some high stakes involved.» He’s interested in acquiring rights to foreign or out-of-print books and other content and selling it to his audience–creating, in effect, a Ferriss-approved self-help network.

«I have plenty of money to do what I want to do, and I have the relationships,» Ferriss says. «Part of this trip is trying to push back from keeping up with the Joneses. It’s easy to get caught up in that. But to unplug like this, which a lot of people in Silicon Valley will not do…. They want to keep up with me.»