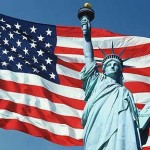 A report conducted by the OECD and commissioned by the U.S. Department of Education entitled Time for the U.S. to Reskill? has found that a staggering 36 million adults in the U.S. are “low-skilled.” That is, they lack the most basic skills in literacy, numeracy and problem-solving deemed minimally necessary for meaningful employment in a high-tech global economy.

According to the OECD, black and Hispanics are “three to four times more likely to have low skills than whites.” In addition, 43% of adult Hispanics and 35% of adult African-Americans possess low literacy skills compared with “only 10% of whites.” Moreover, one-third of these low-skill workers are immigrants.

While the U.S. prides itself as “a nation of immigrants,” it does not seem to be doing a good job – compared to other developed nations – in integrating immigrants into the workforce. Notes the OECD, “Non-English-speaking immigrants in the United States with low-educated parents are 10 times more likely to have low literacy skills (on a test in English) than native-born adults whose parents have at least a high school education. These odds are higher than the average for other industrialized countries, which … may indicate that the United States is not integrating immigrants as effectively as other countries through language classes or other services.”

What the OECD does not discuss, however, is that many of these immigrants may have entered the U.S. illegally. Thus, they may not be eligible, or may not believe they are eligible, for government-sponsored educational benefits. Moreover, because of their status, illegal immigrants might be afraid to get training in crucial language skills. In addition, English may not be spoken in the home, at work, or in their community, further hindering English language development.

Historically, the low-skill status of immigrants has not been so troubling. In fact, it has been a hallmark of the American immigrant experience for centuries. Whether Irish, German, Polish, Italian, Mexican, Chinese or what have you, new immigrants (legal or not) have historically taken the low-rung, low-skill jobs that more skilled or longstanding Americans no longer felt compelled to take.

Moreover, the children of these immigrants have historically gained access to new skills through America’s free and extensive primary and secondary schools, near-free community colleges and low-cost state universities. Consequently, they accrued far greater skills than their parents did, enabling they and their offspring to move quickly up the American economic ladder.

Unfortunately, this comforting narrative has been interrupted. And the anti-corporate nostrums of liberal economists like Paul Krugman – addressed in my previous column, “Education Is The Answer To Income Inequality” – are not making the resolution of this interruption any easier.

You see, over the last decade a near-permanent underclass of low-skilled workers has become a pernicious part of the American economic experience. The evidence is inescapable. According to the Programme for International Student Assessment (PISA), young adults in the U.S. have only slightly better skill sets than their parents or caregivers. Moreover, according to the OECD, “U.S. adults with low levels of education who have parents with low levels of education are 10 times more likely to have low skills than are those who have higher-educated parents.”

In other words, as our stagnant PISA results over the last decade confirm, the skills of young adults are not likely to improve anytime soon. Moreover, America’s low-skill legacy is being passed on from generation to generation. Notes the OECD, this “inter-generational link is much stronger in the United States than in other countries.”