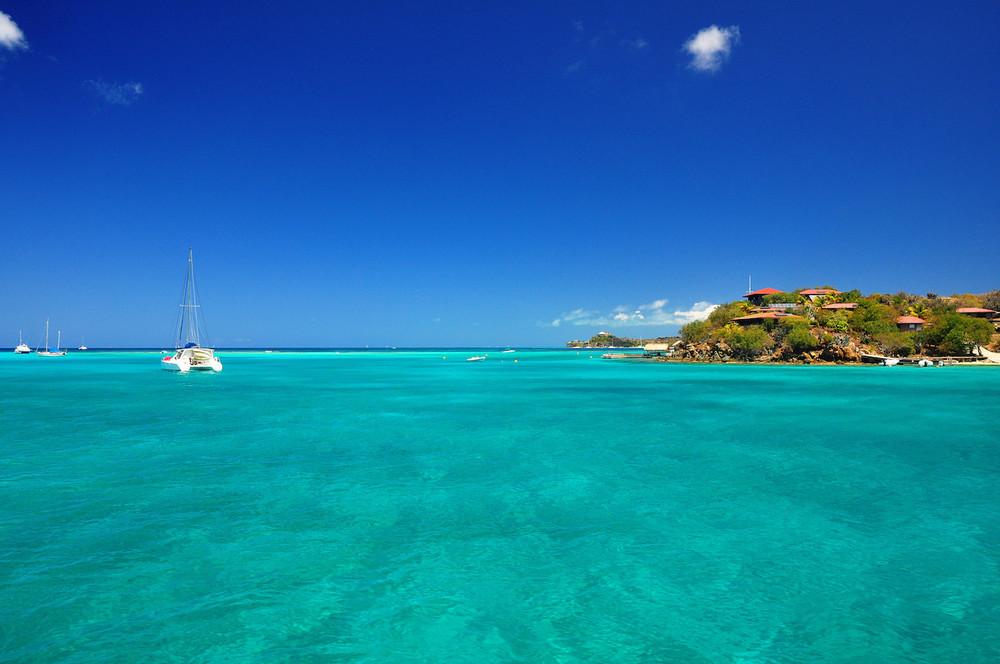 Like us, you probably read the Panama Papers with a growing sense of disbelief.

WTF? How did all these wealthy bastards get away with paying no tax while we’re still coughing up extra cash on every purchase. What’s the trick?

Well take heart. If the big boys can do it, you can too, little guy. It’s actually much easier than you think to muscle in on some of that sweet no tax action.

How? Start by reading our handy consumer guide to which tax haven is best for you. 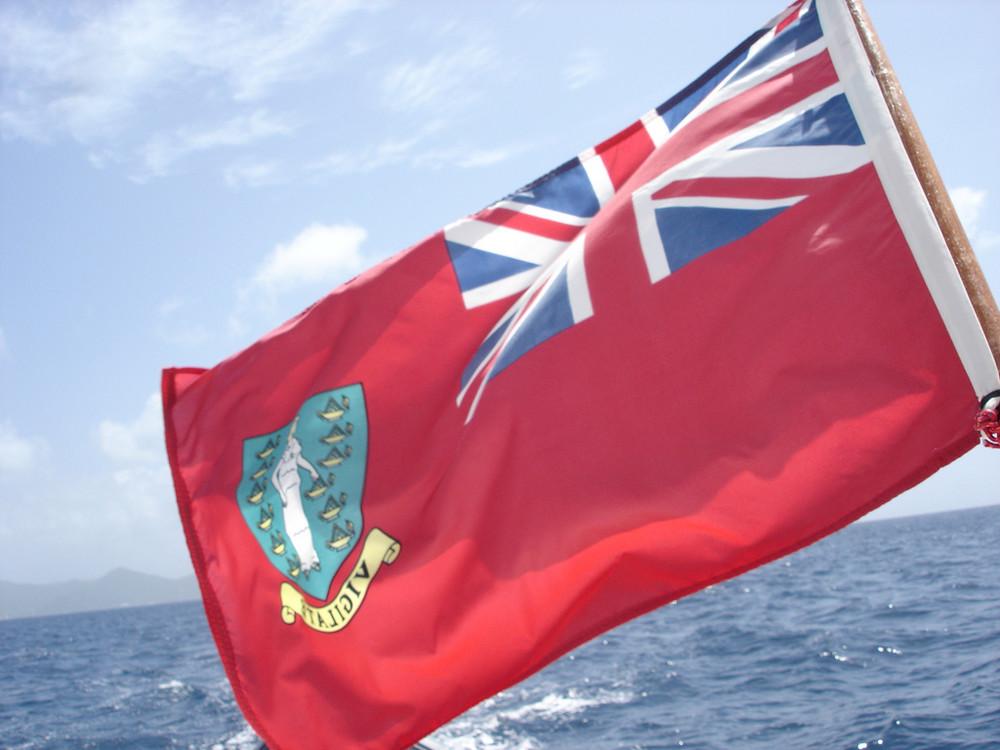 The sailing flag of the British Virgin Islands.

WHAT‘S THE BIG ADVANTAGE?
The British Virgin Islands were Mossack Fonsecca’s number one go-to territory. Need we say more? Fonsecca also «aged» companies for clients through the BVI—starting them up themselves on paper, then «selling» the paper shells to clients once they were four or five years old. Useful for those who want their new company to have an air of history. And a snip at only $6,120 apiece.

WHAT SORT OF COMPANY WILL MY MONEY BE KEEPING?
Be assured, your money will be hanging out it with some of society’s most distinguished semi-laundered funds in a massive cash mask ball to beat them all—a report by KPMG in 2000 estimated that a full 45 percent of the world’s offshore companies is in the British Virgin Islands.

WILL THE HYPOTHETICAL EMPLOYEES OF MY SEMI-FICTIONAL SHELL COMPANY ENJOY THE WEATHER THERE?
Absolutely. The British Virgin Islands are an earthly paradise with just enough temperature variation—historic lows of 60ºF and highs of 96ºF—to offer a vague sense of seasonality. Bring the hypothetical sun-block, it’s yet another semi-fictional scorcher! 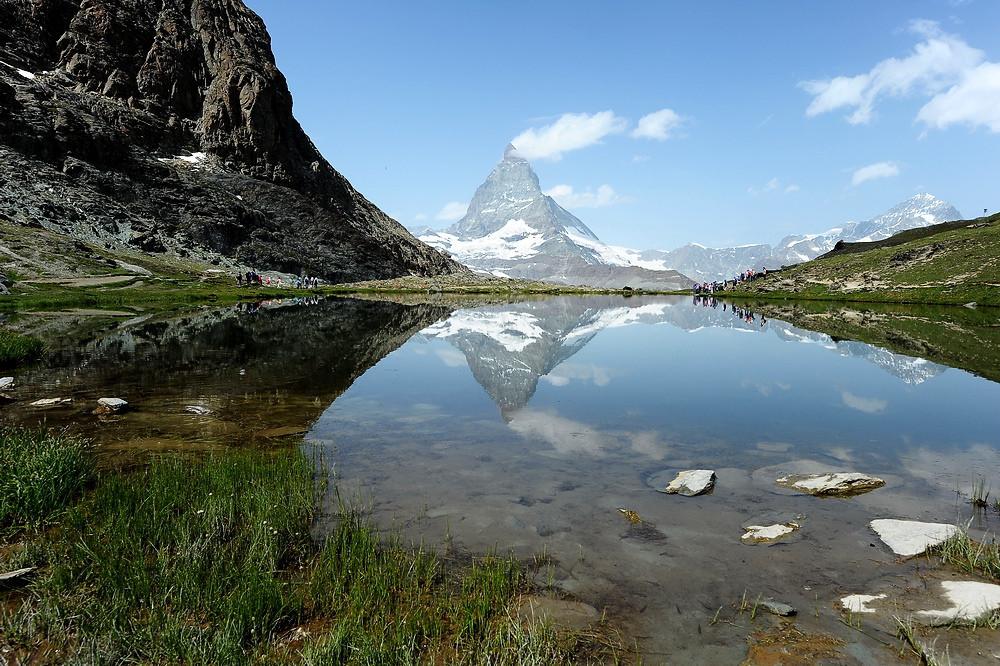 WHAT‘S THE BIG ADVANTAGE?
The Swiss know how to keep schtum. These legendarily tight-lipped Alpine dullards even managed to extend their no-questions-asked bank account policy to the guys in black jackboots who kept turning up with bags full of gold teeth throughout the early 1940s. The ideal of the anonymized, number-only Swiss account still holds much sway over the public imagination.

WHAT’S THE CATCH?
Unfortunately, in reality, the UK signed a deal with the Swiss only five years ago, meaning that British taxpayers can now have their accounts snooped on. A similar deal with the French followed, then the American IRS sued a Swiss bank so hard that it collapsed. Meaning that the famed banking secrecy laws have had some hefty chunks bitten out of them.

WHAT SORT OF COMPANY WILL MY MONEY BE KEEPING?
Impeccable European and Middle Eastern aristocracy, sir. Details are hard to come by, but according to the so-called Lagarde List, obtained in 2010 after a raid on the home of an ex-HSBC employee, your money can probably look forward to rubbing shoulders with the famous monies of Arab royalty, super models, sports personalities ,and bad-bastard bankers.

WILL THE HYPOTHETICAL EMPLOYEES OF MY SEMI-FICTIONAL SHELL COMPANY ENJOY THE WEATHER THERE?
Absolutely. Not only that, once they’re done on the slopes, they can do each other in the après-ski saunas of your imagination. 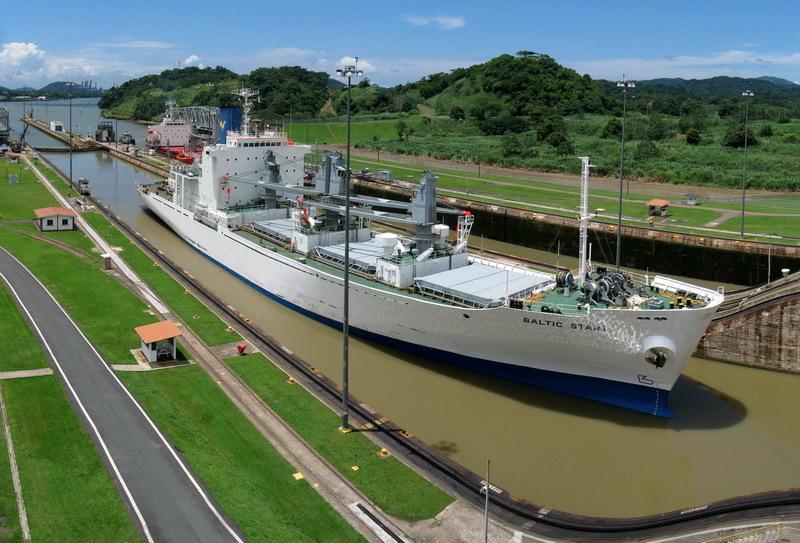 WHAT’S THE BIG ADVANTAGE?
Why be further from Mossack Fonsecca than absolutely necessary? The Panamanian state began registering US ships as their own in 1919, until what was once a fairly small tax dodge bloomed to the point where, by 1982, more than a 100 banks had offices there. By 1989, the military junta of Manuel Noreiga had effectively nationalized the money-laundering industry. This worked well, until the US got so pissed off about the nation’s reputation as a narco-laundering hub that they overthrew him. Even now, financial institutions are prohibited by law from giving information about foreign account holders.

WHAT COMPANY WILL MY MONEY BE KEEPING?
Real high flyers. In fact, HSBC’s chief executive, Stuart Gulliver, had a Panama company set up by Mossack Fonseca. This was to manage a personal account at HSBC in Switzerland, in order to keep his £5 million [$7 million] bonus private from his colleagues.

WILL THE HYPOTHETICAL EMPLOYEES OF MY SEMI-FICTIONAL SHELL COMPANY ENJOY THE WEATHER THERE?
Possibly. While notoriously muggy, with a rainy season lasting from May to January, Panama is at least outside of the hurricane belt, and with temperatures ranging from 89ºF down to 69ºF, the non-existent people living in your asset-folder will at least never have to put on an imaginary sweater. 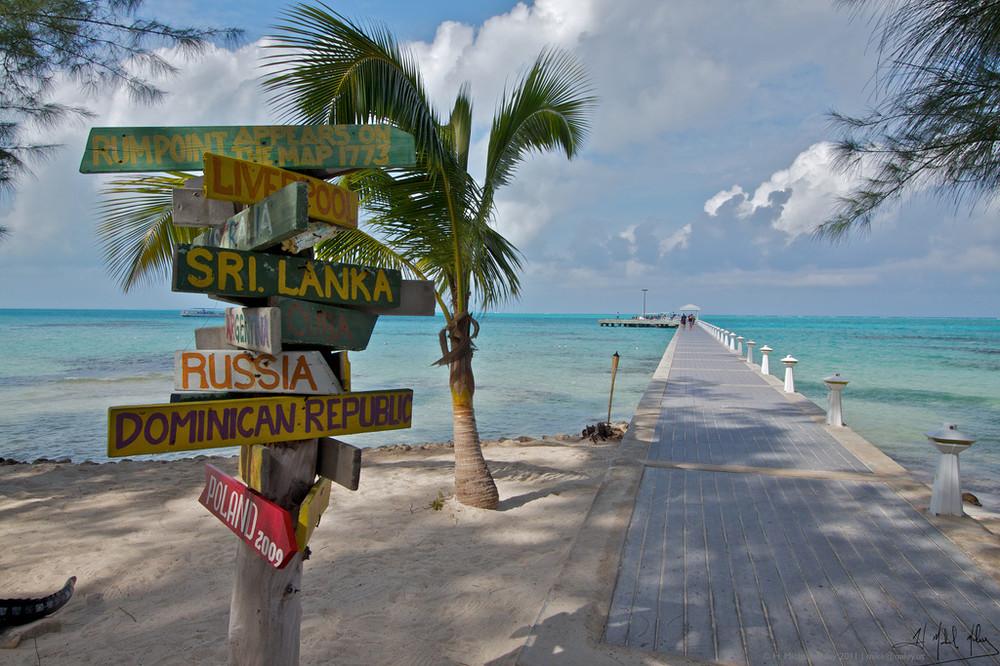 WHAT’S THE BIG ADVANTAGE?
«Cayman Islands» feels very 1980s as a tax-dodge brand, true, but little has changed in the small Caribbean archipelago since it first became famous for helping the wealthy to help themselves to a bit more. Despite having only 56,000 citizens, the Caymans control assets worth $1.5 trillion —a full 15th of the world’s total banking wealth, making it the fifth largest banking center in the world.

WHAT COMPANY WILL MY MONEY BE KEEPING?
Every Tom Dick n Harry, unfortunately. The Caymans are now so popular that if British planes started bombing them tonight, they’d be nuking 100,000 paper companies—two for every inhabitant.

WILL THE HYPOTHETICAL EMPLOYEES OF MY SEMI-FICTIONAL SHELL COMPANY ENJOY THE WEATHER THERE?
Temperature-wise, yes, but storms remain an issue—the tropical cashbox took a direct strike from a hurricane in 2004, which ended up damaging 83 percent of the nation’s buildings. Thankfully, the money remained unharmed. 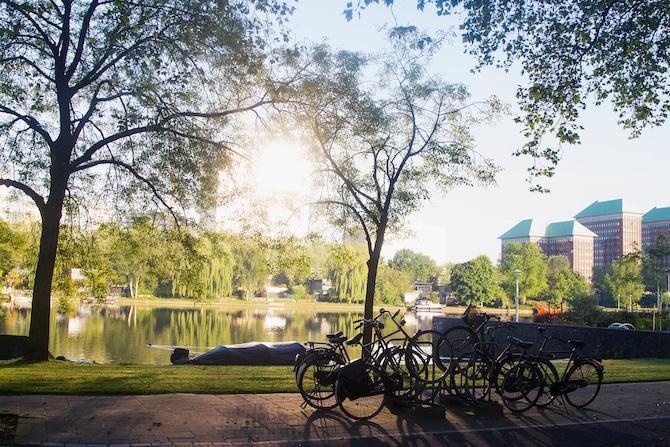 WHAT’S THE BIG ADVANTAGE?
It’s as easy as opening a PO Box. There are an estimated 120,000 «letterbox» companies in the country—so-called because all you need in order to set one up there is a Dutch address. Which could be why 48 percent of Fortune 500 companies pass their operations through there, and why the White House made special mention of the country as a tax haven in 2010.

WHAT COMPANY WILL MY MONEY BE KEEPING?
Rockstar company, baby. Bono, Mick Jagger—many of the biggest names in popular music have had letterbox companies there for years. Your money will be treading a path that Starbucks used to leverage itself to global supremacy, mainly by exploiting the loophole that says that profits from (formally) foreign subsidiaries (like, say, «the US») are untaxed when returning to Dutch headquarters.

WILL THE HYPOTHETICAL EMPLOYEES OF MY SEMI-FICTIONAL SHELL COMPANY ENJOY THE WEATHER THERE?
Uh uh. It’s basically a below-sea-level England, isn’t it? Dank and gloomy and freezing. You’d better tell these non-existent people who live in your letterbox to wrap up warm.

WHAT’S THE BIG ADVANTAGE?
Proximity. For 40 years, this island off the coast of France with a population of only 95,000 has been a commutable exile for a range of fat cats who want to be able to fly their business colleagues over for weekly meetings on this tax exile Fortress Of Solitude.

WHAT’S THE CATCH?
The proles might rebel. Starting in 2009, after British pressure, the island signed up to a range of new tax disclosure protocols, meaning that the amount of money managed through there has shrunk dramatically. In turn, this is destroying the tax base of the island, and it is projected they will be £125 million [$175 million] in the red by 2019. Totally bankrupt, in other words.

WHAT COMPANY WILL MY MONEY BE KEEPING?
Expect classic Brit banker pedigree. Ian Cameron, for instance, the PM’s father, was a director of Jersey-based Close International Equity Growth Fund and held 6,000 of its shares.

WILL THE HYPOTHETICAL EMPLOYEES OF MY SEMI-FICTIONAL SHELL COMPANY ENJOY THE WEATHER THERE?
Enviable! On the same latitude as many of France’s better wine-producing regions, warmed by the Gulf stream, and Jersey’s capital, St. Helier, has one of the best sunshine records in the British Isles. But given that secrecy is no longer guaranteed, your hypothetical employees will probably be packing up their imaginary belongings and preparing to escort your very real money elsewhere pretty soon. 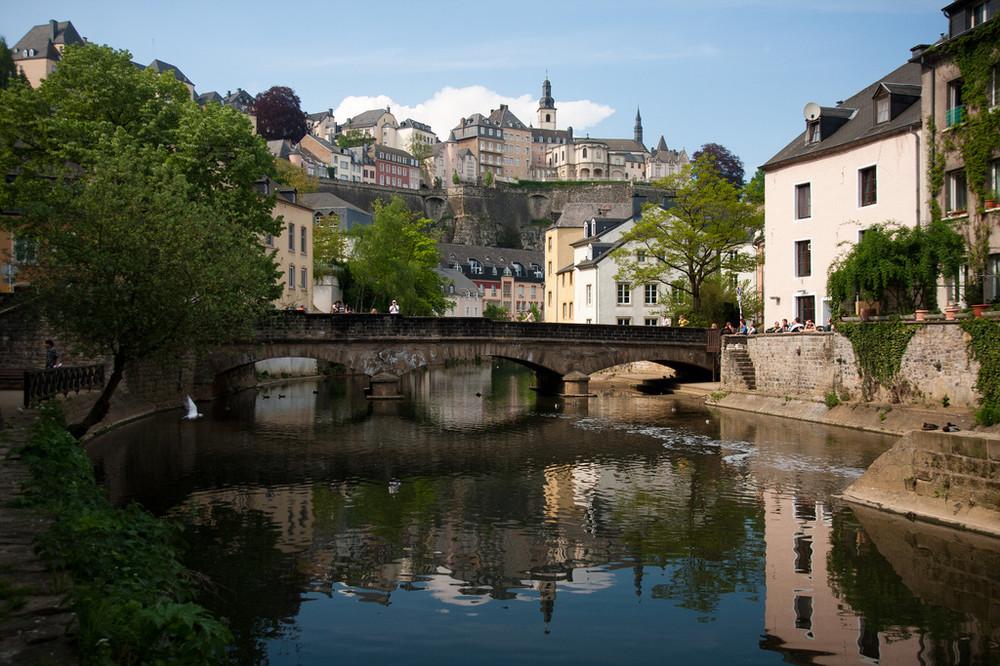 WHAT’S THE BIG ADVANTAGE?
Achingly respectable yet also a total pisstake, The Grand Duchy Of Luxembourg combines the best of blue blood Old Europe with the crony capitalism of the New. Investors will be but an hour’s train ride from Brussels, where you can militate for greater subsidies, while at the same time failing to pay the corporation tax that would underwrite those.

Just how much could you end up saving? Well, Shire, the company behind Adderral—ended up paying corporation tax of less than $2 million in four years, on interest income of $1.9 billion. What’s more, their subsidiary in Luxembourg had a staff wage bill of only $55,000. What’s 1.9 billion minus 55,000? A pretty decent rate of return.

WHAT COMPANY WILL MY MONEY BE KEEPING?
IKEA, FedEx, Pepsi. Amazon until they stopped a few years back. Plenty of blue chip companies who’ve made insane amounts of money and definitely shouldn’t be giving any of it to the countries they made it in. And after all why should they? This money’s just too good to tax.

WILL THE HYPOTHETICAL EMPLOYEES OF MY SEMI-FICTIONAL SHELL COMPANY ENJOY THE WEATHER THERE?
If they like a median winter temperature of zero degrees, they’ll love it. And given their entirely hypothetical nature, it’s really easy to imagine a parallel reality in which they would.

The World’s Favorite New Tax Haven Is the United States