Longevity has been increasing over the past century thanks to medical advances and lifestyle improvements. Not only has the average life expectancy increased since 1900, but a larger number of people are living to older ages, driven in part by a steep decline in the high infant mortality rate that characterized the early 1900s. 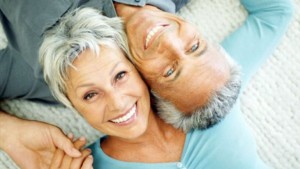 Life expectancy once a person reaches age 65 is now about to 84 years of age in the United States and about 86 in Japan. Life expectancy in Australia, Canada and the United Kingdom fall between 84 and 86 for people at age 65, according to statistics from the Organisation for Economic Co-Operation and Development.

R. Dale Hall and Andrew Peterson of the Society of Actuaries detailed trends in longevity and factors that affect it at LIMRA’s Retirement Industry Conference earlier this month in Boston. The pair then introduced a new longevity tool, designed to help consumers and advisors estimate how long of a retirement they may need to plan for. Life expectancy likely will continue to increase but at a slower rate in the future, including at older ages, they said.

Hall and Peterson outlined several factors, based on data from the Institute and Faculty of Actuaries, associated with mortality that affect whether a person is likely to live to or beyond the average life expectancy. Multiple factors influence mortality and are important to consider in financial planning for retirement.

Here are nine factors that may impact mortality and longevity.

According to the Institute and Faculty of Actuaries, mortality rates for females are lower at each age than those of men. Women live longer than men, on average.

Some studies attribute this gap in part to riskier behavior among men that may lead to higher rates of accidents.

There appears to be a link between genetic factors and mortality rates. Genetics may play a role in nine of the top 10 causes of death, according to the Centers for Disease Control. The CDC lists the leading causes of death in the United States as:

Poor conditions in utero, at birth and in very early childhood are associated with higher mortality even at advanced ages, according to IFA. The Society of Actuaries has been studying the impact of early childhood conditions on exceptional longevity, including whether growing up in a city or farm environment affects longevity, as well as whether growing up in certain geographic areas is associated with differing life expectancies.

Married people have lower mortality rates than those who were never married, are divorced or are widowed, according to IFA. Various studies suggest that marriage or committed relationships may improve cardiac health, help combat isolation and loneliness that can negatively impact mental health, and motivate people to make healthier choices like keeping regular doctor visits and giving up unhealthy habits.

As socio-economic status decreases, so does life expectancy, according to the IFA. Among other things, socio-economic status can affect a person’s ability to access adequate medical care and their participation in healthier lifestyle habits like exercising more, smoking less and maintaining a healthy weight.

Higher education levels are linked to higher socio-economic status and both are linked to improved longevity, according to Hall and Peterson.

Higher education levels were also associated with lower levels of obesity and tobacco use, which may correlate with greater longevity, according to CDC data.

Ethnicity or migrant status may also be associated with socio-economic status. Mortality of migrant people appears to vary as a result of differences in average mortality between host and home countries, as well as healthy selection for migration or return and length of residence in the host country, IFA said.

Advances in medicine and medical technology have had a major impact on increased longevity. Development of antibiotics and immunizations, as well as improvements in imaging, surgery, cardiac care and organ transplants all have helped push the average life expectancy higher.