What a survey of millennials might tell us about the workplaces of the future.

When the National Society of High School Scholars asked 18,000 Americans, ages 15 to 29, to rank their ideal future employers, the results were curious. To nobody’s surprise, Google, Apple and Facebook appeared high on the list, but so did the Central Intelligence Agency (CIA), the Federal Bureau of Investigation (FBI) and the National Security Agency (NSA). The Build-A-Bear Workshop was No. 50, just a few spots behind Lockheed Martin and JPMorgan Chase. (The New York Times came in at No. 16.) 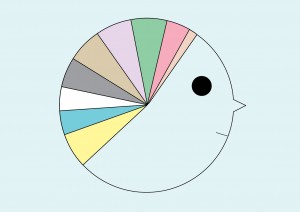 However scattershot, the survey offers a glimpse into the ambitions of the millennial generation, which already makes up more than a third of the work force. By 2020, it will make up half. Survey after survey shows that millennials want to work for companies that place a premium on employee welfare, offer flexible scheduling and, above all, bestow a sense of purpose. These priorities are well known and frequently mocked, providing grist for the oft-repeated claim that millennials are lazy, entitled job-hoppers.

But it’s important to remember that this generation was shaped by a recession, an unprecedented crush of student debt and a broad decline in the credibility of all kinds of institutions. Stability is an abstract concept to these young workers, so they instead tend to focus on creating a rich, textured life now, rather than planning for a future obscured by uncertainty. How these desires map onto companies like Google and Facebook is clear, given their strong roots in philanthropy and innovation. But the high ranking of national-security employers also speaks, just as clearly, to millennials’ hope to make a difference in the world.

Companies that want to attract the best young workers are already finding that they need to accommodate these wishes. The question is whether, when millennials are running things, they will abandon these priorities as youthful indiscretions — or establish them as the norm. Maybe one day, even the N.S.A. will have nap pods.