Dear people in your 20s and 30s, you’d better be preparing for retirement at 50

You’ve probably had a conversation with…

There are three major trends that should signal what the latter half of your career has in store for you.

1) Too many companies are spending too much money on veteran executives they no longer can afford.

The mega-corporations that used to employee thousands of middle-aged and near-retirement workers for decades are realizing they can no longer afford them. Whether it’s due to changing consumer preferences, disruptive startups, globalization, or flat-out ageism, these organizations are starting to see that if they want healthy P&L’s, the markets is no longer letting them employ older workers who expect (and to be fair, deserve) a higher salary.

When you see companies like McDonalds making dramatic moves by relocating their HQ from the suburbs to a young urban center in Chicago, and buying out Director Level employees who they can no longer afford, you know this trend is real. And don’t think this is just an example of a waning company that needs to make radical changes to stay alive. This is happening and will continue to happen across thousands of corporations that are realizing they need to lower the average age of their employees by attracting younger and cheaper talent.

Maybe your father or mother work really hard and they’re unfairly being pushed out of their jobs, but know that their employers either already do, or soon will, believe that half of their grey-haired colleagues aren’t pulling their weight.

2) Technology is killing jobs at a very fast pace and that will only continue to accelerate. 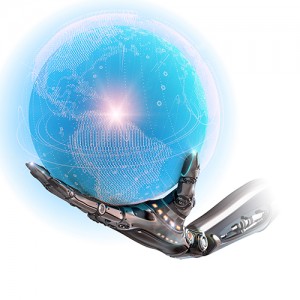 Realistically we need less (human) jobs, at all skills levels. Assuming that we can eventually automate most basic jobs, and lots of of really complex jobs (that require decades of training and experience) with A.I., you’re left with a core group of needed workers who are fairly educated, relatively experienced, and not as expensive. But what does expensive mean?

Group A: Large population of low skilled workers (varying in age) who require lots of benefits. Any kind of work that can’t be done by 1 computer instead of 10, 100, or 1000 humans will soon be considered «expensive.»

Group B: 20-50-year-olds who have some skills training and enough experience to manage people and machines. Command a spectrum of salaries but are willing and able to work efficiently relative to compensation expectations. Still «expensive,» but the ROI remains palatable since machines cannot (yet) run completely independently, or manage people (yet).

Group C: 50+ year olds who are extremely skilled and experienced workers who can effectively manage people and machines, but require very high salaries and often cannot operate at same levels of efficiency as Group A or B due to simple realities of human deterioration (mental and physical over time). Again, «expensive.»

This isn’t new. During the industrial revolution, millions of jobs were eliminated because of machines or development of new products that made others obsolete. Luckily many jobs were replaced because we continued to invent new products and services that the world needed and created new jobs. The difference between the technological advancement of the industrial revolution and today is that those half or more of those future products and services won’t be replaced by humans with new or better skills, but by computers. Some may argue that we’ll create more jobs to replace those lost, but the last ten years should be a clear indication that computation and automation are advancing faster than the invention of new products or industries that require (human) labor.

The good news here is that society can still function effectively with less man-hours of work. The bad news is that most current systems of government and economic management aren’t set up for this. Switzerland is currently looking at establishing a basic income to solve for this problem, but it’s yet to be seen how well it will work. Update: Never mind…it’s dead.

3. People are continuing to live longer.

Each year the average life expectancy continues to steadily tick up. Like every other industry, technology in medicine is advancing at an exponential rate meaning that life spans will likely rise faster than ever before. So the equation we’re left with is life spans are increasing as job availability (especially amongst the 50 to 65 year-old range) is decreasing.

Even more problematic: many retirees of today and tomorrow are banking on a system with a hazy future. Social security has a short life-span because the funds flowing in are slower than the funds going out (again…people are living longer and getting more money over longer periods of time), 401Ks are not keeping pace with inflation (especially as it relates to healthcare and housing costs), and pensions are nearly extinct or in a world of trouble.

Since around the 80s and through today, American’s have been underestimating their retirement needs and it has created a dangerous downward spiral that you don’t want to be part of in 20 or 30 years.

1. Rely on more than your 401k. There are lots of ways to save extra cash for retirement. This could mean opening up a whole life insurance policy, an separate IRA, or for the risk-tolerant…put it in long-term growth stocks. Regardless of the mechanism, you should be putting extra cash away because social security probably won’t exist when you retire and your 401k is designed for you to keep working until you’re 65+. If you’re anything like me, you’ve thrown a lot of money away due to laziness or indifference. Don’t. A couple extra hundred dollars a month put away today will buy you several luxury vacations tomorrow.

2. Have kids when/if you are economically prepared or adjust your lifestyle accordingly. A child will cost you (on average) $250,000 to raise to 18-years-old. So for every kid you’re planning, you should also plan to tack $250,000 onto your mortgage. If you’re 30, and can afford a $1,000,000 house over the next few decades, buy a $750,000 house, then have a kid. Or buy a $500,000 house, and have two kids. While biology plays a major factor in determining when people can or should have children, in the long terms there’s a big difference between having a kid at 25 versus 35. Remember that money compounds and if you stunt your earning and savings potential earlier in your life (via having a child) you are pushing back the age of when you can retire.

3. Buy a home. Specifically buy a home in a neighborhood that has a high likely-hood of growing faster than other neighborhoods. This means doing your research so you can predict where the next Brooklyn, Wicker Park, Oakland, or Venice is going to be. It also means that you’ll need to live in a «rougher» neighborhood than you’re comfortable with for a few years. But by doing this, not only will you own an asset you can also live inside of, this is one of the most pragmatic ways for younger people to use other peoples’ money to generate wealth quickly. If you can live in a house for five years, put equity into it, and then sell it for a profit, it will set you up with the down-payment capital you need for the rest of your life. This is a giant hurdle that the many urban dwellers and younger people have a hard time ever climbing over.

4. Don’t get a master’s degree unless you work in a field that will likely pay you enough to offset the cost of your secondary education in less than 10 years. If you’re a doctor, lawyer, engineer, or anyone else who is likely to be earning $200,000+ a year within 5 years of graduating, go ahead and invest the money (and time that you could be using to earn more money) into a master’s degree. Otherwise, use the vast pool of knowledge called the internet to learn what you want to learn, for free.

5. Reverse engineer what you’ll need (and want) to retire. Ultimately you’ll need to decide what a comfortable retirement means for you, and then what you’ll need financially to afford it. Be optimistic and assume you’ll live a bit longer than average. Be pessimistic and assume you’ll need to do so single, not as a couple (people die, get divorced, lose their second stream of income). What would it take for you to live from the age 50 to 80, on your own, in an airstream traveling across the country? In a condo in Miami? In a house on the side of a mountain in Aspen? In three different houses in three different countries? There are plenty of resources that can help you do this math and prepare for the future.

6. Spend an extra 2 hours a week side-hustling. There are 168 hours each week that you can spend working, sleeping, eating, exercising, facebooking, watching tv, or enjoying time with your loved ones. Steal 2 hours each week from the less-necessary uses of time and apply them to developing a side-business. The most successful people in the world all have more than one job or investment because diversification leads to income optimization and stabilization over time. Make stuff or invest in stuff on the side so that your paycheck isn’t the only thing that’s contributing to your savings or expulsion of debt. Best-case-scenario, that side-hustle could turn into a serious cash generator some day, or even the «job» you’ll have when you have to retire early.

7. Never do your own taxes. Sadly the tax system in the United States is very complicated. Unless that gets reformed, you should never do your own taxes. You will save a few hundred bucks by using Turbo Tax instead of hiring an accountant, you will lose thousands in the long run. As you start to make more money, get married, buy a home, invest in stocks, run other businesses and so on, your taxes will continue to get more complicated in good and bad ways. The bad news is that there will be lots more paperwork, the good news is that there will lots more loopholes (let’s call them what they are) that you can use to your advantage. About 38% of Americans do their taxes using tax software or manually. Not only will you save time and avoid audits by using a CPA, but you will essentially be increasing your annual income by paying more to the IRS than you need. When a CPA tells you it’s going to cost $500 to do your taxes…smile and pay them.

«I don’t agree with your points above.»

To be clear, «retirement» also doesn’t mean you’re sitting around all day drinking lemonade and watching TV while waiting to die. Perhaps you’ll work for yourself, or at a part-time job, or make enough money trading stocks or selling domain names (if that’s still a thing in 2050). In the context of this article, «retirement» simple means not working a standard 40-hour week at a traditional job.

Almost all the observations and pieces of advice I’ve laid out are debatable. In some cases, you might even find them offensive. Please know that this post was not meant to lecture or offend. It was written to light a fire under the asses of people like me who don’t often take enough time to plan for the future.