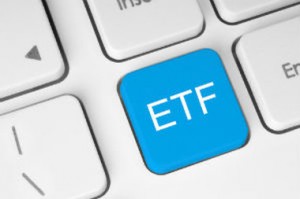 (Bloomberg) — Canadian investors are pulling money out of exchange-traded funds for a second year as concern grows that a rally in energy and mining that helped drive equities to the best performance among the world’s largest markets has run its course.

So far in 2014, investors have withdrawn $682.5 million from exchange-traded funds tracking Canadian shares, following an outflow of $820.8 million last year, according to data compiled by Bloomberg. The benchmark Standard & Poor’s/TSX Composite Index is in its 10th month of gains, the longest winning streak since 1983, and has soared 20 percent in the past year. The gauge rose 0.2 percent to 14,557.27 at 10:55 a.m. in Toronto.

The latest ETF selloff comes as a rally in gold and base-metals companies has begun to lag in favor of energy producers. Mining stocks, which raced to a 16 percent gain in the first two months of the year, have slumped by half that rate since reaching a high in March amid a decline in gold prices. Oil and gas companies are off to the best start to the year since 2006.

“Looking at where gold and oil prices are, and where they could be headed in the next 12 months, Canadian equities probably are primed for flatlining,” said Shailesh Kshatriya, a senior investment analyst with Russell Investments Group in Toronto. His firm manages C$272.7 billion ($247.2 billion). “Not necessarily a severe correction, but we’d be more cautious on Canadian equities going forward. We are in wait-and-see mode on the sustainability of commodities prices.”

Gains in the index this year have been led by a rally in commodities including crude oil and natural gas, as well as a rebound in gold from the worst slump in 31 years. The S&P/TSX has posted a return of 6.7 percent this year to lead the advance among the world’s 10 largest equity markets. The Standard & Poor’s 500 Index has climbed 1.5 percent in 2014.

“I don’t think the leadership gap will remain this wide, there will be some catch-up from international stocks,” said Craig Fehr, Canadian market strategist at Edward Jones, on the phone from St. Louis. His firm manages about $750 billion globally. “Evidence suggests the domestic economy is going to be a laggard in its growth rate relative to other developed markets, so investors are just looking for better sources of growth and perhaps seeing that in international markets.”

Canadian investors have added $1.03 billion in ETFs tracking international equities so far this year, after buying a record $3.32 billion last year, data compiled by Bloomberg show. Japan’s Nikkei 225 Index is down 11 percent this year, after soaring 57 percent in 2013. The S&P 500 rose 30 percent in 2013, the most since 1997, while the S&P/TSX advanced 9.6 percent.

Investors are continuing to add to international positions this year because some may be late in responding to last year’s global rally as Canadian stocks lagged, said Dan Hallett, a fund manager at Highview Financial Group Inc. in Oakville, Ontario.

“Rewind about three years ago and even though we were well into the recovery, nobody wanted to touch U.S. stocks,” he said in an April 22 phone interview. “Yet now everybody’s quite comfortable with the U.S., and why? It’s because they had a bang-out year last year.”

Hallett estimates retail investors make up about half of the Canadian ETF market, and they can be influenced by historical returns. “Performance is a huge driver at the retail level,” he said.

The S&P/TSX will post single-digit returns this year with gold prices remaining volatile and copper tied to a Chinese economy stuck in the 7 percent growth range, Fehr said.

The Canadian economy is forecast to grow 2.3 percent in 2014, compared with 2.7 percent growth in the U.S., according to economists’ estimates compiled by Bloomberg.

Gold, the precious metal seen as a safe haven in times of uncertainty, has tumbled since March as the U.S. economy shows signs of improving with the Federal Reserve beginning to taper its debt purchases. June futures touched a 10-week low on April 22 before rising 0.3 percent to $1,284.60 an ounce in New York yesterday.

Base metals have not fared any better, with copper down 11 percent this year amid concern about slowing demand in China due to a faltering economy.

Gains in the energy index, which has surpassed materials as the best-performing industry in the broader S&P/TSX this year with a 14 percent increase, may also be headed for a pullback, said Kshatriya.

“We will want to see what happens over the course of the summer,” Kshatriya said in an April 22 telephone interview. “We could see prices back off for sure. It wouldn’t surprise me if we revisited the mid-$90s level. And there is a question of sustainability in the rally on the natural gas side.”

Crude for June delivery fell 0.3 percent to $101.44 a barrel in New York yesterday, a two-week low as U.S. supplies reached the highest level in 83 years.

The five top-returning companies in the S&P/TSX Energy Index, including Crew Energy Inc., Birchcliff Energy Ltd. and NuVista Energy Ltd., are all natural gas producers. They have benefited from one of the worst bouts of cold winter weather in Canada and the U.S. in recent years, with consumers using more of the fuel to heat their homes.

Natural gas prices peaked in February at $6.149 per million British thermal units in New York at the height of the winter season, and prices have since fallen 23 percent as temperatures began to rise with the North American spring.

David Cockfield, who helps manage about C$270 million as a fund manager with Northland Wealth Management in Toronto, said consumer demand for natural gas may be supported if there are extremely high temperatures in the summer months.

“Storage is at a very low level in the natural gas area,” he said. “If we have a hot summer, lots of air conditioning, supplies are going to be tight.”

The outlook for the S&P/TSX for the rest of the year will depend on earnings growth and increasing crude oil production for energy players, rather than further increases in oil and metal prices, Edward Jones’s Fehr said.

“What’s driving the returns will shift a bit,” he said.

And if there isn’t enough growth coming from either Canada or the U.S., investors may look elsewhere, said Northland’s Cockfield.

“There is a fairly strong group that is suggesting that emerging markets have had their bad times and it’s now time to pull your money out of Canada and the U.S., in terms of being slow-growing markets, into emerging markets,” he said.