US a Tax Haven?

I like tax havens for the simple reason that we need some way to restrain the greed of the political class.

Tax competition is an issue that arouses passion on both sides of the debate. Libertarians and other free-market advocates welcome tax competition as a way of restraining the greed of politicians because politicians are afraid that the geese that lay the golden eggs can fly across the border. But collectivists despise tax competition—for exactly the same reason. They want investors, entrepreneurs, and companies to passively serve as free vending machines, dispensing never-ending piles of money for politicians. 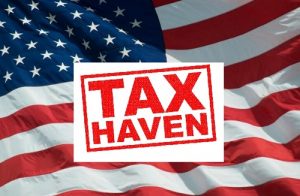 Simply stated, if profligate politicians think that we’re “captive customers,” they are much more likely to impose even higher tax rates (as we’ve seen in the past couple of years in Europe). But if they think that we have escape options, they’ll probably exercise some self-control.

So when a left-wing group puts together a ranking of the world’s “top secrecy jurisdictions” in hopes of undermining tax competition, proponents of individual freedom can use that list as a guide to world’s most investor-friendly nations.

That’s why I defend nations such as Switzerland, which often are persecuted by politicians from high-tax nations.

It’s also why I defend the tax system of the United States.

What do I mean by that?

Well, while there are many bad things about the American tax system (including pervasive double taxation and a very uncompetitive corporate tax system), one of the few redeeming features of our tax system is that we’re a tax haven.

Not for Americans, of course, but it turns out we have some good rules for foreigners. 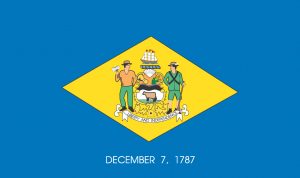 The state of Delaware is usually always close to the top of those “secrecy” lists. The bad news is that American taxpayers aren’t allowed to benefit from many of Delaware’s “tax haven” policies.

Here’s some of what has been published by the Heartland Institute:

Some international tax experts note a big irony…. in continued U.S. government pressure to compel overseas banks to give up information on Americans with bank accounts in the belief those people may be hiding money from the taxman.

The irony: Much of the world considers the United States to be one of the world’s biggest tax havens.

“It’s very easy for anybody in the world today to set up, let’s say, a Delaware Corporation. You can do it online. You have to give very little information to get it up and running. And Delaware’s not alone. There are other states where you can do it as well,” said Jim Duggan, a tax, wealth and estate planning attorney with the Duggan Bertsch LLC law firm in Chicago.

Other experts agree. He’d get no argument from Kevin Packman, chairman of the Offshore Tax Compliance Team at the Holland & Knight international law firm.

“There are a number of countries that have said the U.S. is the biggest tax haven in the world,” Packman said. “There’s something to be said for that view.”

Packman also noted that the US is viewed by citizens of other countries—especially those where the government seizes assets or imposes confiscatory taxes—as more respectful of property rights. This leads those people to search for ways to move their investments into the US; this can include setting up a Delaware or other corporation, as well as parking money in US banks.

Here’s what a left-wing columnist in the United Kingdom wrote about the issue:

You’re a billionaire but you don’t want anyone, least of all the taxman, to know. What do you do? Head for a palm-fringed island paradise or a snow-covered Alpine micro-state?

Wrong. The world’s most opaque jurisdictions—the ones that will best shield you and your cash from the light—are mostly in the heart of the most sophisticated and powerful global financial centres.

London, Luxembourg and Zurich are in the top five most secretive jurisdictions, according the first comprehensive index of financial transparency ever compiled. Yet top of the pile, beating the British Virgin Islands, Belize or Liechtenstein as the best place to hide wealth, is Delaware.

One of the smallest states in the US, it offers the best protection for anyone who does not want to disclose their identity as a beneficial owner of a company. That is one very good reason why the East Coast state hosts 50% of the US’s quoted firms and 650,000 companies—almost equivalent to one company per Delaware resident. 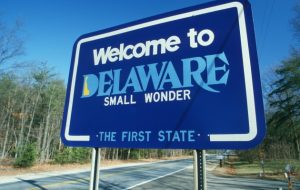 Delaware—the political power-base of the US vice-president, Joe Biden—offers high levels of banking secrecy and does not make details of trusts, company accounts and beneficial ownership a matter of public record. Delaware also allows companies to re-domicile within its borders with minimal disclosure, and allows the existence of privacy-enhancing “protected cell” or “segregated portfolio” companies, among many other stratagems useful for protecting the identity of those who do business there.

Delaware is one of the world’s best tax havens because of its attractive incorporation policies, but the US also has very attractive federal tax rules for foreigners.

Dennis Kleinfeld adds his analysis in an article for Money News:

First, they are a source by which foreign capital can be routed into the United States or other countries with tax efficiency.

Second, they represent a safe haven where investors’ private capital can flee from overbearing governments of all kinds—democratic, republic, dictatorship, monarchy and just plain thugs and despots—and with a comfortable level of privacy, confidentiality and secrecy.

What is the world’s largest tax haven?

[T]he United States can lay claim to that title.

[T]he United States would not be able to maintain its economy without large inflows of foreign capital.

Foreign investors can invest in the United States virtually tax free — in structures that are legally protected from risks and, currently, with secrecy.

With fairly simple planning, a foreign investor can avoid tax on interest as well as gains from sale of securities — all protected by the legal system…

As for secrecy, Delaware or Nevada are quite accommodating. In these states, a foreign company or individuals can form a limited liability company and open a bank account, but if the investor does its or his business outside the United States, there is no U.S. tax or reporting.

Just as important, Dennis explains that tax havens are not only good for the American economy, but also for individuals seeking to protect themselves from rapacious government.

There are no investors — the people who actually create investment capital—who have any complaint against offshore tax-haven financial centers.

To politicians, your capital is their means to advance their political goals. Notwithstanding their propaganda of serving the American people, the needs of the people are always subservient to the voracious needs of political advancement.

How can private investors protect themselves from becoming the spoils of war from the marauding armies of politicians fighting for power?

For that, investors need tax havens.

By the way, leftists also agree that the United States is a tax haven for non-Americans, so that’s not in dispute.

But there’s a big argument about whether it’s good for America to have these policies. I’ve argued over and over again in favor of tax havens as a general principle, but it’s also worth noting that America’s tax-haven policies have helped to attract trillions of dollars to the US economy.

Let’s conclude by assessing where we stand. Tax experts on the right and left agree that the United States is a tax haven for foreigners who need a safe place to invest their money.

There’s also no doubt that foreigners take advantage of these policies—to the tunes of trillions of dollars—in ways that attract huge amounts of money to the American economy. Being a tax haven is a magnet for investment and this is good news for US competitiveness.

Let’s be thankful that the United States is a so-called tax haven. Those pro-growth policies help to offset Obama’s bad policies.

—Dan Mitchell is an economist and senior fellow at the Cato Institute. He’s a strong proponent of tax competition, financial privacy, and fiscal sovereignty. You can read his blog here.

The World’s Favorite New Tax Haven Is the United States